[SIGPLUS_EXCEPTION_SOURCE] Image source is expected to be a full URL or a path relative to the image base folder specified in the back-end but /blog/2014/badeggpreview/gallery is neither a URL nor a relative path to an existing file or folder.
0
Shares 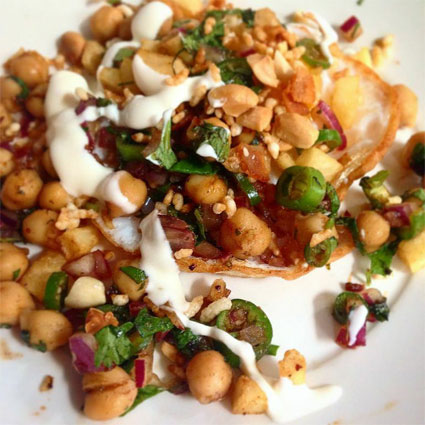 Neil Rankin's collaboration with Noble Inns seems to have been a pretty fruitful one. The chef has had huge success with Islington's Smokehouse, he's revamped the menu at the Princess of Shoreditch, another Smokehouse is on the way to Chiswick next year and now he's launching a brand new restaurant in Moorgate. This time it's all about eggs - so we caught up with him to find out more:

How would you describe Bad Egg?

It's slightly influenced by the modern Chicago diners and emerging fusion restaurant scene but its much more stripped back than that. We basically broke the all day concept back to what we really wanted to eat and added dishes we felt were missing or needed more prominence.

Half of the menu will be baked eggs and hashes which draw influence from India, Mexico, Malaysia and Korea as well as some European influences. We will also have burgers (see a recent Burger Monday event), fried pork ribs and tacos plus lots of Asian slaws and salads. Some examples are Chaat masala hash (pictured), Baked eggs in sambal, Chilaquiles, Som tam fruit salad and a full English baked egg breakfast for two, which is served with a loaf of sourdough.

We’ll do Camden lager on tap and a few bottles and cans, a handful of wines and maybe four cocktails.

What about the restaurant itself?

It's not huge but we can seat 65 and we will also do takeaway for some of the menu items.

We’re letting go of desserts which could be confrontational. It's something that’s been in decline for a number of years now and only counts of 5% of our restaurants takings. People generally don’t order it and it takes up kitchen space which we don’t have in London anymore and we need more chefs, which we don’t have either.

I have a rule that if you do something, then do it the best you can. When something starts becoming an afterthought it maybe time to start thinking about dropping it. I love desserts and Smokehouse, The Pig and Butcher and The Princess of Shoreditch will always provide them but for fast, casual dining, maybe we should be following the Asian model where you just don’t provide any and focus instead on a larger savoury offer. But in the end the customer will dictate which route we take our menu.