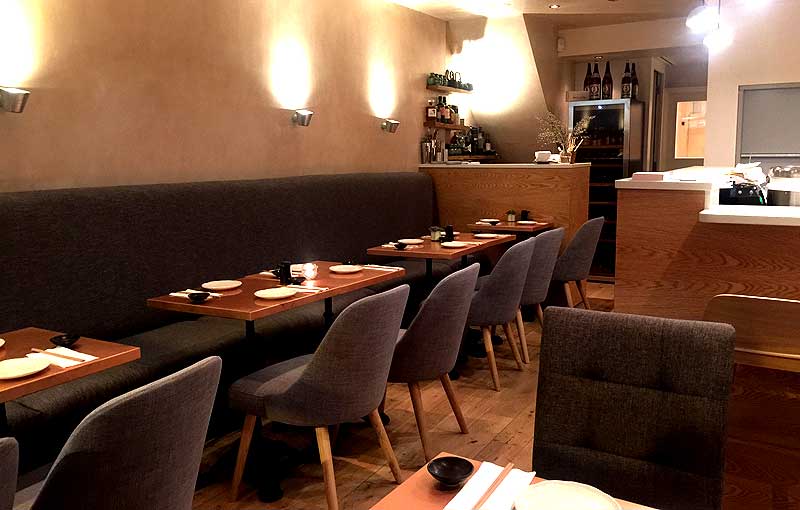 Slipping almost under the radar (and frankly, only spotted because we went past it last night) is new Shoreditch sushi spot Nanashi. It's appeared on Rivington Street in a room with a pared-back modernist look.

As for the menu, it's pretty much what you expect, split into the usual mix of sushi, sashimi, gyoza, udon and tempura. A few things caught our eye, namely:

Other than that we know pretty much nothing about it, except that they're touting themselves as an environmentally conscious modern Japanese restaurant.

Where is it? 14 Rivington Street, London EC2A 3DU

When does it open? They're on soft launch until Tuesday 7th March with 25% off the bill. Opening hours are lunchtime Tues-Sat 12pm to 3pm, dinner Tues and Wed 6pm to 10pm, dinner Thurs-Sat 6pm to 10.30pm.