Mother Clucker are bringing their fried chicken to Exmouth Market 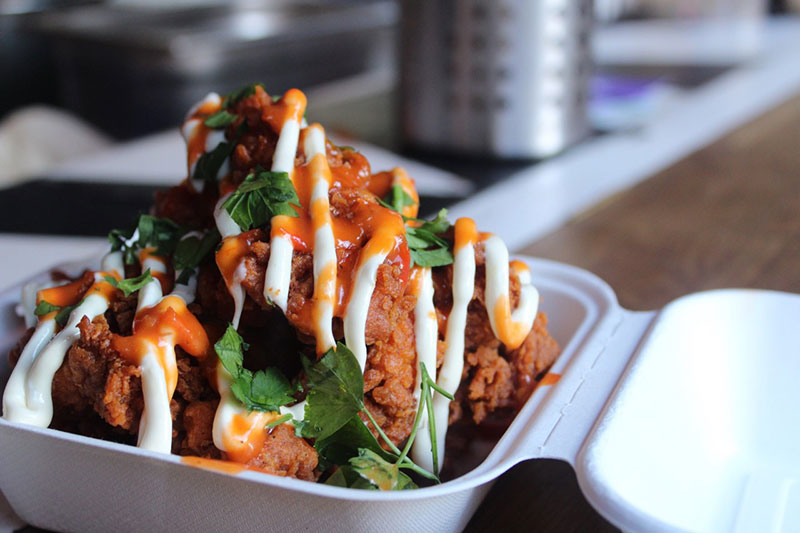 In a nutshell: Fried chicken in Exmouth market

Summing it all up: They've been mainstays of the street food scene for a while, and now fried chicken purveyors Mother Clucker are settling down with a permanent Exmouth Market restaurant.

The latest food truck to settle down with a permanent spot are chicken masters Mother Clucker, best known from Kerb, street Feast and many a street food market.

On the booze front, they're teaming up with Five Points Brewery for beer, and they'll have New Orleans inspired cocktails which include Sex On The Rocks, Peeking Through The Grass Skirts and Kermit's Middle Leg. Whatever they might be..

As for the look of the place, they're promising walls adorned with Mother Clucker stickers and they're teaming up with local artists - Poppy's Papercuts, Mr Phomer, Anthony Burrilland - to create limited edition stickers that you can pick up too.