Mother Clucker announces kitchen residency at The Cat and Mutton 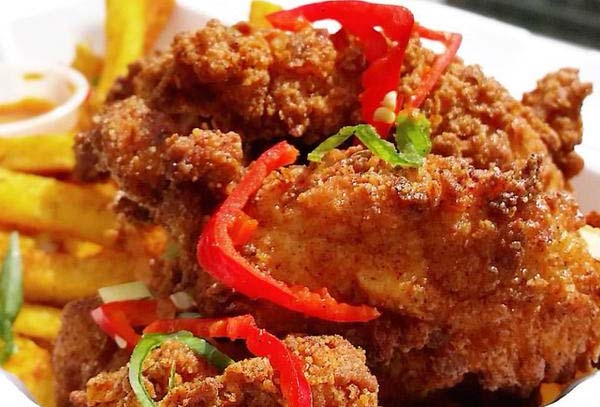 The Cat and Mutton have announced that fried chicken experts Mother Clucker will join them for their next kitchen residency starting Thursday 27th August.

The Mother Clucker team are usually found serving their tea-brined, buttermilk soaked fried chicken from a converted US ambulance at the Truman Brewery on Brick Lane.They take the reins from Check On, who have been in charge of the kitchen since June.

The menu is packed with lots of Southern fayre and will of course centreon their delicious fried chicken. Other menu items include:

Sharing will be actively encouraged with groups of diners encouraged to tuck into the ‘MC Bucket’, two drumsticks, one thigh, three wings, two strips - accompanied by sides such as Al's Mac n' Cheese.The team will also be doing whole beer can roast chickens as an alternative to the traditional Sunday pub roast.

As we’ve observed elsewhere, fried chicken is often perfect partnered with a drink or two and Mother Clicker will be offering a series of their very own MC cocktails including the MC Mint Julep and a New Orleans-style take on the Bloody Mary.

Mother Clucker's residency at The Cat and Mutton at 76 Broadway Market, London E8 4QJ starts on Thursday 27th August. For the latest updates, follow them on @motherclucker.