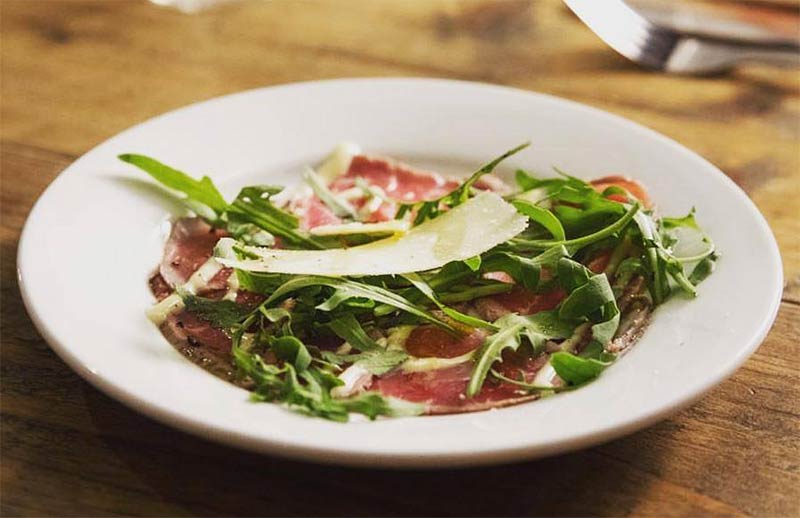 In a nutshell: Italian small plates, pasta, and loads of grappa

Summing it all up: The team behind Morso have been biding their time at their Bloomsbury and Holloway Road pop-ups, but now they’ve finally secured a permanent location in NW8 from which to dish out sharing plates, pastas, and cocktails made with their beloved grappa.

If you’ve popped into Holloway Road’s Vagabond N7 cafe or Gail’s in Bloomsbury in the past year, you may have encountered a little supper club by the name of Morso, who's big on the handmade pasta, and even bigger on the grappa.

Now, the team behind the venture have secured their first ever permanent home in NW8.

Other menu items include:

But what’s all this about loads of grappa? Well, Morso is convinced that the distilled grape-based brandy is about to have its moment in the spotlight - “the next revolution in the drink-dine realm after gin & tonic” as they put it - and is more than happy to lead the charge.

By way of a gentle-ish introduction, they’ve conjured up an all-grappa cocktail menu, including a Nonino Spritz with grappa amaro, prosecco and orange, a Grappa Libre with two types of grappa, coke and lime, and a rather fearsome-sounding Grapparita with limoncello, triple sec and rosemary.

Morso - aka Paolo Vernitti, Vanessa Vaz, Barak Peled and Barry McCaughley - have got big hopes for the capital, adding they’re “set on becoming a group of local restaurant-bars across London’s key foodie neighbourhoods and beyond.” For now though, they’ll be focusing on introducing the good folks of NW8 to the wonders of grappa.

Where is it? NW8 (Address TBC)