Morgan Meunier kicks off supperclub season at the Rooftop Cafe 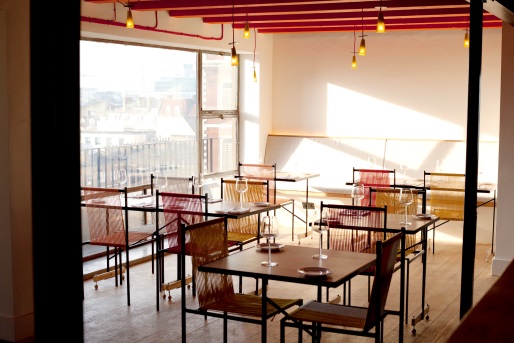 Sounds interesting - chef Morgan Meunier kicks off a series of supperclubs at new London Bridge spot The Rooftop Café at The Exchange. His dinner on Wednesday 20th March will cost £40 and the menu sounds really, really good.

As with his own restaurant at the Barbican, Meunier is always a particularly solicitous chef when it comes to his vegetarian clientele - there's an entirely separate menu on offer for them on the night.

And if you haven't heard of him before - here's what Marina O'Loughlin had to say when she reviewed his restaurant for the Metro: "The food at this understated little restaurant is so good that the pal and I are genuinely licking our plates."

From the Garden (herbivorous clientele)

You can book tickets for Morgan Meunier at the Rooftop Cafe here.