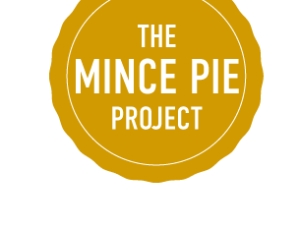 The Mince Pie Project was a massive hit last year. A genius idea, it gets top chefs to each knock up a batch of 50 mince pies - which are then auctioned off for charity. This year the list of chefs taking part reads like a London Who's Who with Michel Roux Jnr, Angela Hartnett, Raymond Blanc, Marcus Wareing, Royal Hospital Road's Clare Smyth and top pastry chef Claire Clark all confirmed to take part. The full line up runs to 100 chefs in total.

Each of this year's boxes will be sold online in a 72 hour auction, from midday on the 11th December to midday on the 14th of December. Bids will be able to be made and all the action followed on The Mince Pie Project website. All proceeds from the project will be donated to Galvin's Chance - a training and work placement programme for disadvantaged young people aged 18-24 - and homeless charity Crisis.

Last year they raised almost £10,000 for charity with Ashley Palmer-Watts, Executive Chef at Dinner by Heston Blumenthal, topping the list with his deep-fried pies fetching a whopping £1,000.

The whole thing is run by Live & Let Dine, a series of fun and original food projects, run by 24yr old Pete Butler. It's all done with a team of volunteers, with every penny raised donated to charity.

The Mince Pie Project runs from 11th-14th December 2012. Find out more at www.themincepieproject.com or follow them @mincepieproject

The winner this year was Daniel Doherty of the Duck and Waffle with a whopping £1900 bid for his mince pies. Trailing just behind him were Edinburgh's Martin Wishart with £1825 and Mark Poynton of Alimentum with £1750.

You still have until 6pm tonight to buy a raffle ticket for the bonus boxes. Good luck!