[SIGPLUS_EXCEPTION_SOURCE] Image source is expected to be a full URL or a path relative to the image base folder specified in the back-end but /blog/2015/milroys/gallery is neither a URL nor a relative path to an existing file or folder.
0
Shares

Milroy's of Soho gets a makeover and a new cocktail bar 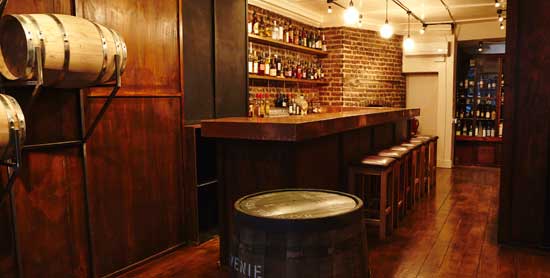 London’s oldest whisky shop, Milroy's has relaunched with its own basement cocktail bar. The shop, which has focused on whisky since the 1960s has been taken over by Martyn 'Simo' Simpson who was the man behind The Coal Vaults.

On the ground floor there's a 12 seater whisky bar called Milroy’s Bar, serving a selection of over 250 whiskys, all poured at 35ml rather than 25ml to enjoy the taste in a more traditional manner. If you've got over £200 to buy your own bottle of whisky you'll get your own whisky locker and named key, so it'll always be waiting for you.

Downstairs (through a door hidden by a bookcase - natch) will be The Vault - a 55 seater cocktail bar serving up seasonal and traditional cocktails. Thankfully they're also planning on offering cheese and meat boards to make sure you survive the experience. There will be also be a selection of craft beers and fine wine. Planning a party? The private ‘Barrel Room’, will seat 12.

"I wanted to build the already established Milroys brand," says Simo, "bringing it back to its former glory and making it a name synonymous with whisky once again."