Mildred’s Dalston is serving a vegan burger that ‘bleeds’ 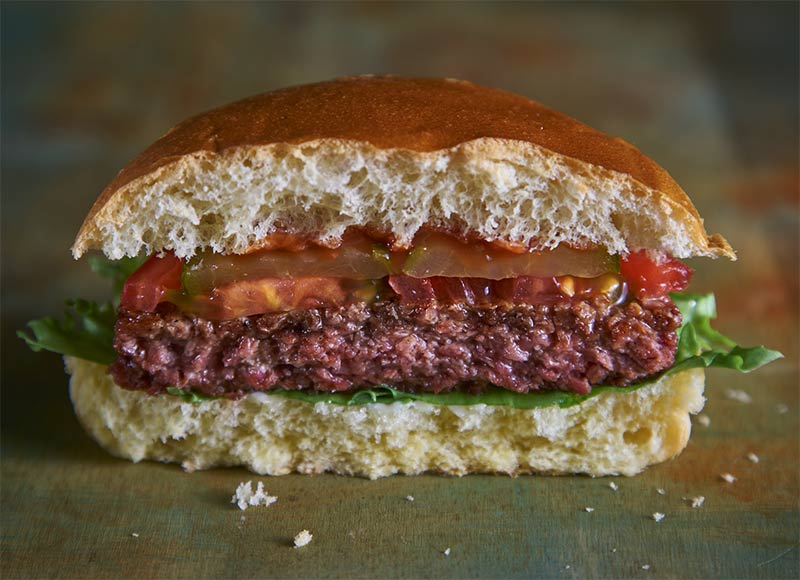 Veggies and vegans: would you eat a burger that bleeds? What if it was 100% animal-product free?

If you’re at least semi-curious, then get down to the Dalston branch of veggie restaurant royalty Mildred’s, where you can try the B-12 burger from Moving Mountains, made with a pink, 'bleeding' raw patty of ‘plant meat’.

Okay - so it’s not quite as graphic as all that, but taking a look at the thing you could be forgiven for thinking otherwise. In fact, it’s made from a totally vegan-friendly combo of oyster mushrooms, peas, potatoes, wheat and soy protein, coconut oil, vitamin B-12, and a generous dose of beetroot juice, to give it those authentic, ahem, ‘bloody’ juices. It’s primarily aimed at flexitarians, ie those who’re veggie most of the time but occasionally have the night off, and therefore might be a touch more likely to crave something seriously chewy, fatty and, ahem, bleeding.

While the novelty of beetroot ‘blood’ might eventually wear off, the new burger sounds like a well-rounded way to deliver a combination of nutrition AND flavour, which is something a lot of veggie substitutes fall flat on.

There’re 20 whole grams of protein (often a crucially missing component in veggie substitutes) plus B-12, which is notoriously hard to come by with a vegan diet. And we’re rating the inclusion of coconut oil - because everyone knows that your burger has got to be a fatty, calorific delight, or quite frankly, you’re doing it wrong.

The jury’s out on how the burger tastes for now at least, but safe to say, people are significantly interested enough that we’ll doubtlessly be hearing reports soon enough…