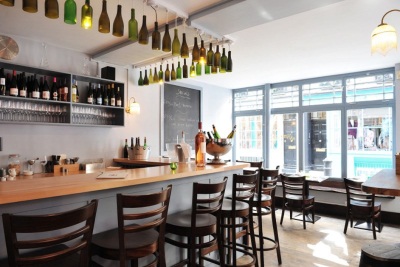 Well the cat is now well and firmly out of the bag. Following weeks of hint dropping by foodie folk on Twitter, chef Mikael Jonsson has finally come out and admitted that he's responsible for the new menu at Antidote wine bar in an interview with Restaurant Magazine.

To be perfectly honest, we've been a bit slow ourselves, only coming late to the story when Chris Pople of Cheese and Biscuits blogged about his visit there, prompted himself by the "rumours of a "big name" chef casting his eye over the menu".

Seems the first person to spot the potential link was the blogger The Skinny Bib who worked out the connection on the basis of Antidote's bread basket and the inclusion of an 'onion' on its menu. "Mikael asked people not to let on for a while," said food writer Andy Hayler on Twitter today when the story broke, "as he wanted to give the kitchen a bit of time to settle in.

Now Jonsson has told Restaurant Magazine that the owners "had been talking for quite a while about...trying to relaunch the venue with improved dishes. They approached me and I was happy to get involved."

As to what the level of that involvement is, Jonsson explains that he's overseen the menus and Chris Jones who was formerly his senior sous chef at Hedone is in the kitchen at Antidote.

For anyone who's been put off the trip to Hedone by the fact that a) it's in Chiswick and b) the cost of a tasting menu at £65 or a Carte Blanche at £85, it's good to know that the menu at Antidote is more affordable with bar food dishes like Pear & Cévènnes onion gratin (£4) and Suckling pork belly, quince & chicory for £8.50 downstairs and a new daily menu at £40 which is being served upstairs. The only downside is that now the news is out, will you ever be able to get a table there?