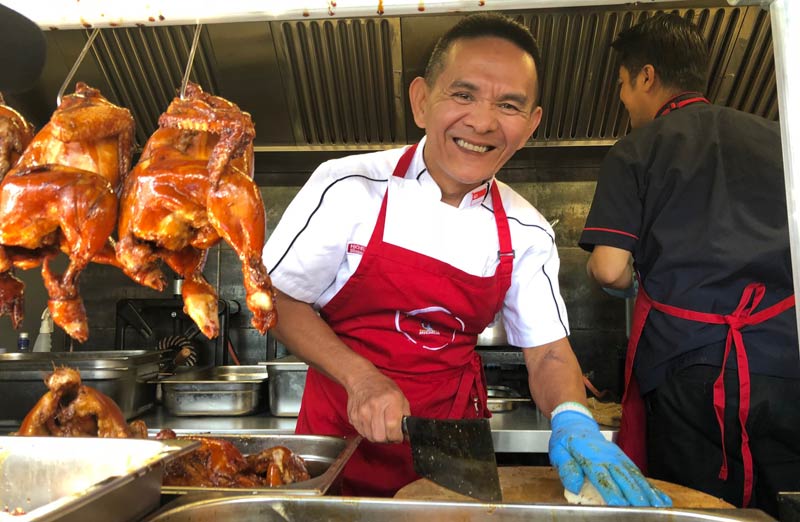 So, since writing this story, it seems that the appearance of Hawker Chan at Kerb is going to be... rather busy for the duration. We popped over to KERB in King's Cross to check him out in action and - BLIMEY, the queue is a little on the epic side. But if you get there early enough (and we mean early) you'll be rewarded with the undeniably excellent Soy Sauce chicken for a measly £6. Check out a pic of the finished dish below.

Who doesn't love a great bargain? Well Londoners should prepare themselves for a super deal when KERB plays host to the world's first street food trader to get a Michelin star.

For three days next week, KERB will be hosting Hawker Chan (Chan Hong Men) from Singapore at the King's Cross market. He'll be serving up his signature dish Soya Sauce Chicken & Rice to Londoners for just £6. That's a bit of a price hike on the original dish, which you can buy for around £1.50 if you're actually in Singapore. But then it does save you the price of an airfare.

Talking of airfares, if you love the food, there's also going to be the chance to win a trip to visit Hawker Chan’s original spot in Singapore courtesy of Singapore Airlines.

The downside? Well, there are only going to be 200 portions a day, so expect a bit of a queue. Ever since Chan won the Michelin star back in 2016 there's been crazy queues for his food in Singapore, so get there early would be our advice. 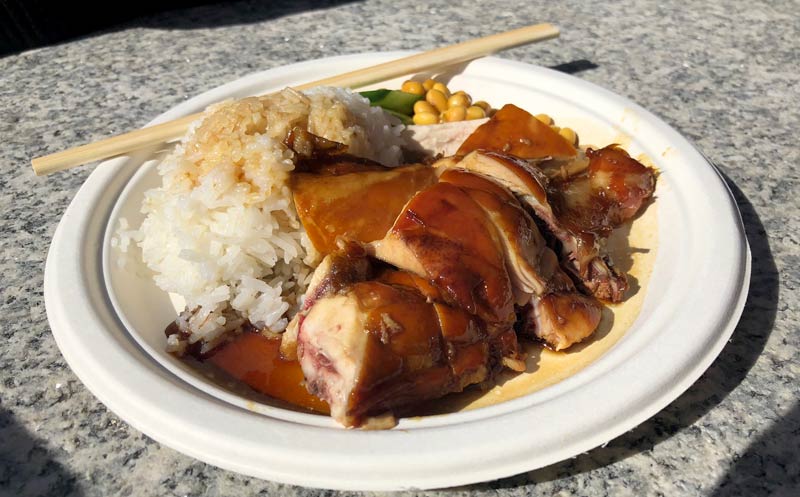 Where is it? Granary Square, Kings Cross, London N1C 4AA