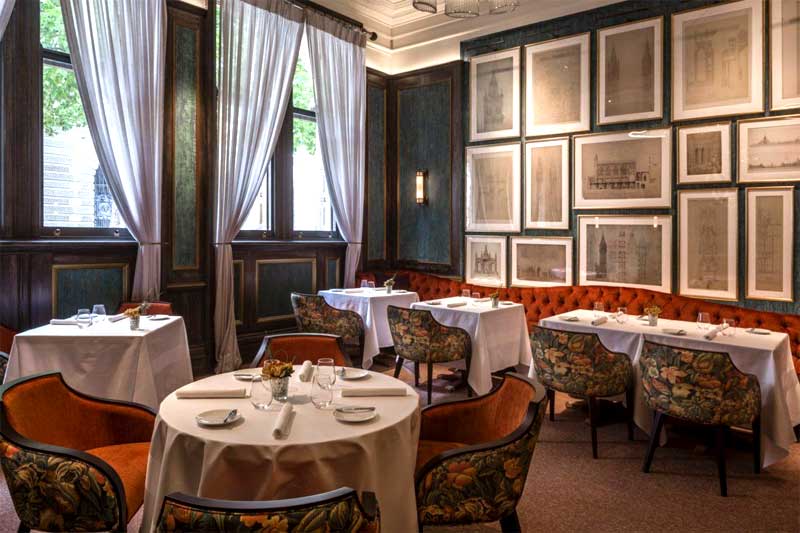 Hot Dinners was in Westminster last night for the relaunch party of Roux at Parliament Square. The party was a chance to showcase the restaurant's major revamp and Michel Roux Jr was on hand to oversee the celebrations. "I've been told it looks like Le Gavroche," he told guests, "but with a more contemporary feel, which I think is a huge compliment."

The evening was a bit of a get together for MasterChef folk - the restaurant's head chef Steve Groves won MasterChef The Professionals back in 2009 and we spotted Greg Wallace and the 2011 MasterChef winner Tim Anderson in the crowd.

As you'd expect, the party food was seriously good - we tucked into sweetbread wellington, cod brandade fritters and one of the finest cheese platters from La Fromagerie we'd seen in ages. And the room didn't look bad either - we rather like the new clubby feel.

More about Roux at Parliament Square

Where is it? 11 Great George St, Westminster, London SW1P 3AD

How to book? Online at rouxatparliamentsquare.co.uk