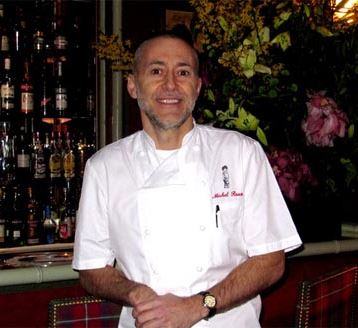 We don't often get in press releases that tell us what's not happening, but that's just what hit the Hot Dinners in box this morning. In pops a missive from Michel Roux Jnr to say that he "will not be working with BBC TV."

So what gives? Seems that Roux, who's been working with the BBC for the past six years first on MasterChef the Professionals and BBC Food & Drink has found negotiating with the corporation too tricky. "This hasn’t been an easy decision for me to make," he explains. "I love working with the BBC, and am very proud of how we have built up the popularity and success of these two iconic shows.

“It’s not for lack of trying, but sometimes negotiating with the BBC can be a frustrating process, and there are times when I have wondered if the Corporation understands the realities of today’s commercial world. The BBC needs to recognise the value of the talent they work with, and also, that whilst we love to be associated with top quality television, we have other professional commitments that are as important to us as programme-making.”

Apparently he'll still present upcoming BBC4 documentary ‘Chocolat’ which he's already signed up to do as that begins filming in a few weeks. But after that - he and the Beeb are no longer BFFs. ​