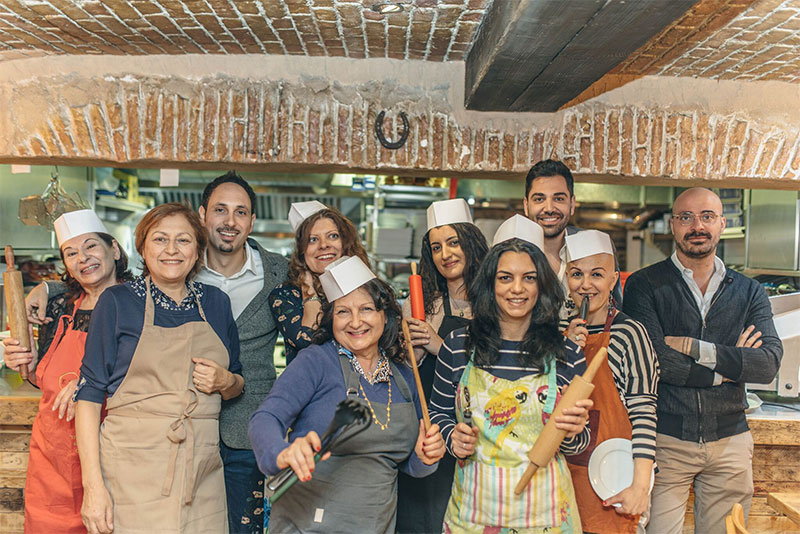 In a nutshell: A rotating residency of Italian chefs

Summing it all up:  La Mia Mamma is trying something different from your traditional Italian restaurant. They'll be focusing on specific regions of Italy at a time - and to help with that, they're importing Italians "Mammas" from the regions to create the menus.

Here's a new Italian restaurant that's coming to Chelsea with a little bit of a twist. La Mia Mamma will be home to rotating residencies by Italian chefs (the "Mamma"s of the title) who will hail from different regions of Italy. So every three months, the food on the menu will change to reflect the region and the chef.

Kicking things off will be Lidia Romeo from Sicily, with Arancine, Pasta alla Norma and more Sicilian cuisine on the menu. She'll also be the main meeter-and-greeter, so they say it will be "like having lunch or dinner at her house". All the pasta will be hand-made daily in the restaurant window, and you can expect some Sicilian-inspired cocktails during her residency too.

There's more to the menu too, which will have a more traditional a la carte section with food from all over Italy. That'Il be led by executive chef Marco Giugliano, who's worked at Quattro Passi and Il Baretto before.

Soft launch offer: From 15-22 June they have a Pay-What-You-Like deal. See their Facebook page for more.