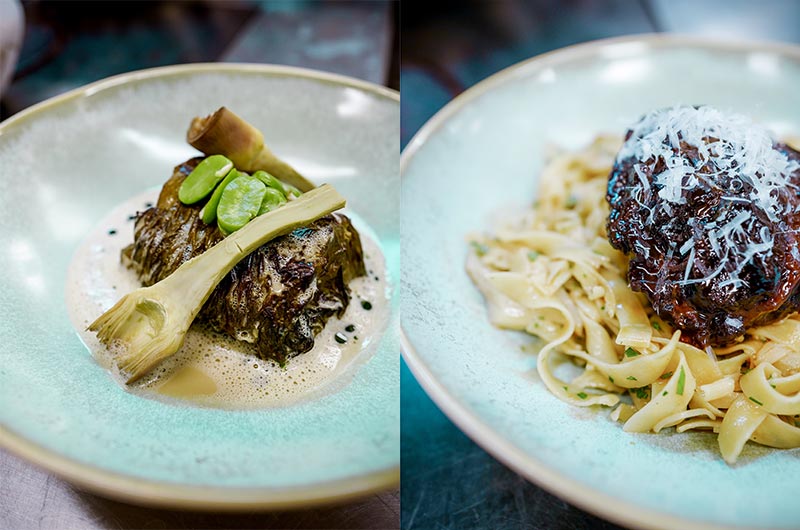 In a nutshell: Regional Greek cuisine with imported wine and craft beer.

Summing it all up: There’ll be hilopites pasta, bottarga fish roe and graviera cheese on the menu at this new Greek restaurant on Great Titchfield Street, from the team behind Roka and Zuma.

The team behind Roka, Zuma and the Arts Club are it again, this time turning their hand to a new Greek restaurant in Fitzrovia by the name of Meraki.

It’ll be a real tour of Greek cuisine, with plenty of regional delicacies like bottarga, a type of salted fish roe, plus graviera cheese, galotiri cheese and hilopites pasta.

For the menu, this means slow-cooked ox cheek with hilopites, artichokes and graviera, or baked cod in vine leaves with artichoke and broad beans in a mussels broth. There’ll also be changing, seasonal sharing mezze dishes, plus chargrilled meats and whole fish dishes. The kitchen will be led by head chef chef Dimitrios Siamanis, who’s also gained experience in Alain Ducasse’s The Grill at the Dorchester.

Drinks will also be heavily Greek-influenced, and include plenty of imported wines and craft beers, plus a selection of cocktails made with traditionally Greek herbs like kritamo, mastic and marjoram, as well as citrus from Naxos.

You’ll have the option to dine al fresco on one of their two terraces, or grab a seat inside where there’ll be space for around 100.