Meatopia returns to London a third time in September 2015 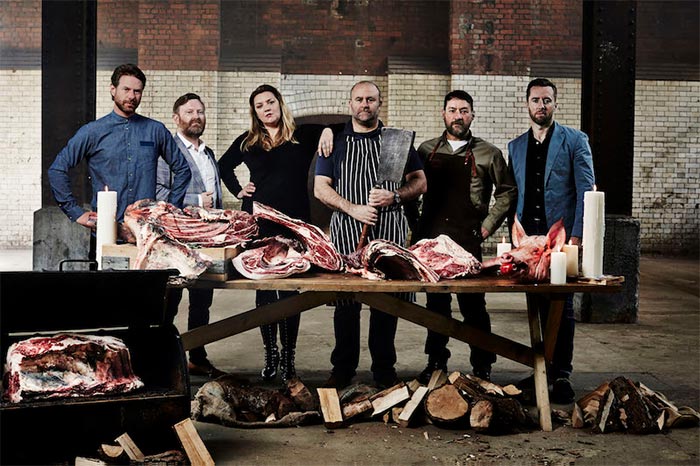 Updated 17/8 with more of the chefs taking part.

It's quickly become one of London's top food events and now that festival of meat, Meatopia, is returning for a third run.

If you're not yet familiar with Meatopia, it's organised by Hawksmoor's Richard Turner and sees a number of chefs - both from here and from the US too - showing off their ways with meat. We've been big fans of the previous events, which you can see more about here and here. So expect lots of BBQ, various hides of meat or whole animals being cooked and various big-name chefs (Neil Rankin, Dan Doherty, Gizzi Erskine, Seamus Mullen and more have been at previous events) showing off their ways with meat. They also cook dishes here that you won't see them do elsewhere, so it's quite a one-off thing.

We're now starting to hear what will be on offer too. So there's:

And even more of the 2015 line-up has been revealed with lots of new international names:

Plus there will be the Craftopia area (all about craft beer, of course), a Turner and George butchery (with lessons), music, bars and more.

Meatopia returns on 19-20 September at Tobacco Dock, Wapping. For the latest information, follow them on Twitter @MeatopiaUK