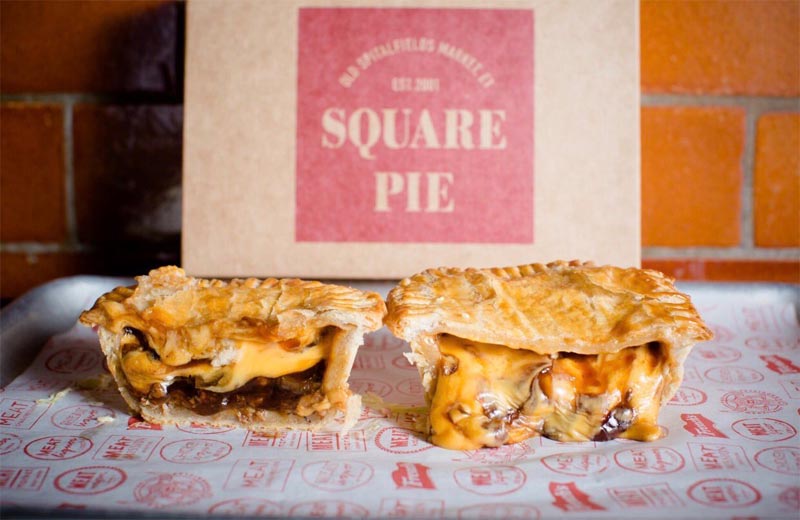 Ever thought your Dead Hippie burger at MEATliquor could be significantly improved by encasing it in pastry? Well, now you can put that to the test as they've teamed up with Square Pie to add the Dead Hip-Pie to the menu.

That's minced beef, topped with melted cheese and wrapped in pastry. It's £8 and comes with fries, pickles and Dead Hippie sauce on the side. Having seen the picture, it's all we want to eat now...

It's on sale now at all the MEATliquors, while stocks last.