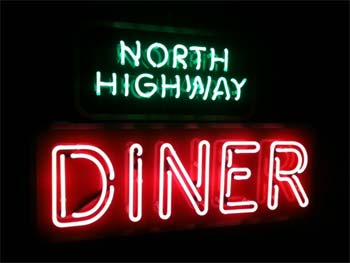 The biggest video game release of the past few years has always been something from the blockbusting Call of Duty series, and this year's Black Ops 2 is certain to continue that winning streak. One of the key elements has been its zombie sub-game which sees you holding your ground against an increasingly determined group of rotting creatures who are after your brains (as is their way).

Now, much like the Walking Dead which teamed up with the Gory Gourmet earlier this year, Black Ops 2 is teaming up with none other than MEATliquor to launch a Zombie Diner, starting tomorrow in Bloomsbury. Brains may not be on the menu, but there will be the Dead Hippie burger and deep-fried pickles, as well as exclusive dishes like "Monkey Wings" and a "12-Gauge Chilli-Dog". For people who can't wait till the 13th to get their hands on the game, you'll also be able to play that all weekend, fighting off zombies with a Dead Hippy in your hand.

And in other MEATliquor news, don't forget it's their 1st birthday party this weekend.  So if you head down there on Sunday and bring a balloon with you, you'll get 50% off food.

The Zombie Diner will be at the Bloomsbury Ballroom, WC1B 4DA from November 10-12. You can book a place here.