McQueen to launch The Grill in Shoreditch 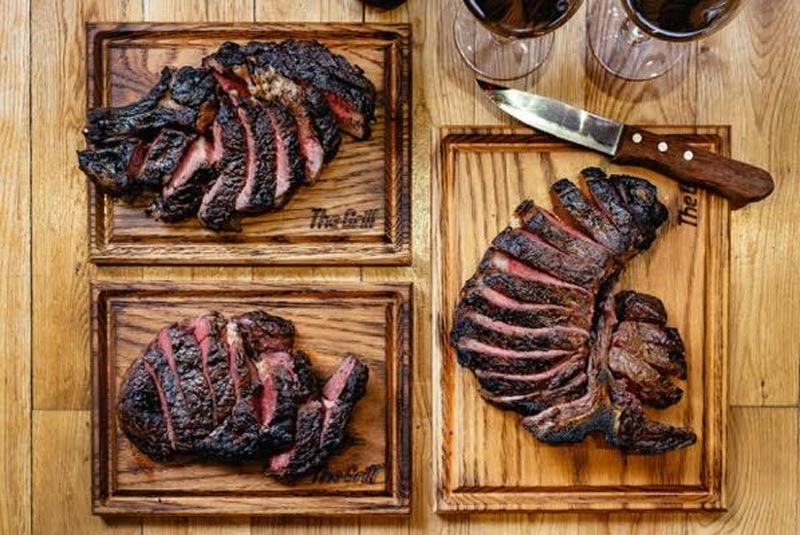 Fresh from Meatopia and his Flamin Burgers pop up, ex-Hawksmoor chef Richard Sandiford is now set to bring his meat know-how to The Grill, the latest venture from McQueen in Shoreditch.

The Americana-themed bar, restaurant and club will launch its steakhouse in October with Sandiford at the helm, overseeing all aspects of the new restaurant, from the training the kitchen staff to the menu. Starters include "Potted pig, pickled carrot, celeriac remoulade and sour dough toast" for £8.50 and Yakisoba BBQ braised belly pork with red slaw, stilton, candied walnuts  (£9.50). For mains, you’ll be able to choose from various cuts of steak, including 350g rib eye, 28 days dry aged (£25.50) and 400g Sirloin 400g, 35 days dry aged (£26.50). Plus other dishes include "Calves liver steak, maple bacon, and crispy sage" for £16.50.

Despite McQueen drawing its inspiration from across the pond, from its name to its chrome and leather interior, The Grill’s menu will be heavily focused on seasonal, locally sourced produce from London and beyond.

“Each ingredient comes from suppliers that I’ve worked with over the years. The bread, for example, comes from just around the corner at The Dusty Knuckle Bakery in Hackney,” Sandiford says. He’ll be joined by another Hawksmoor colleague, Richard James, in the role of head chef.