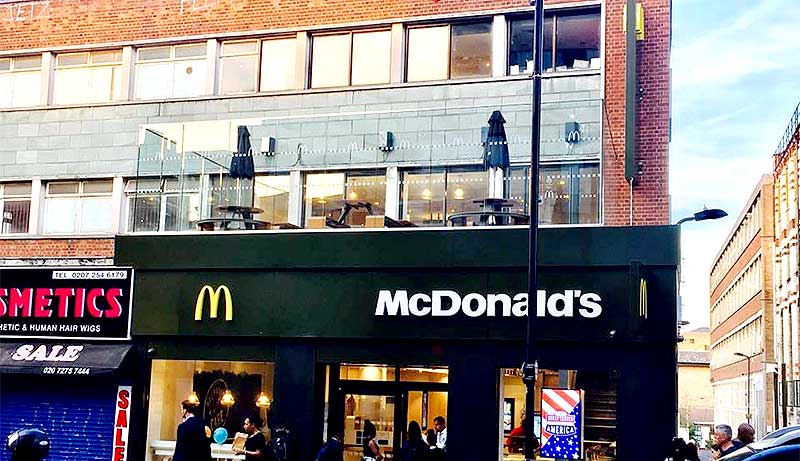 This may be our favourite London story of the week. It has everything. Burgers. Hipsters. Hope. Disappointment.

It concerns the new(ish) terrace at Dalston's McDonald's which caught the eye of online party promoters Turn It Up London. It gave them an idea. "Dalston Mcdonalds has a roof terrace. Bring nuggets. Limited seating available." was the gist of their invite and the simple, but beautiful, premise persuaded 3000 folk to sign up. 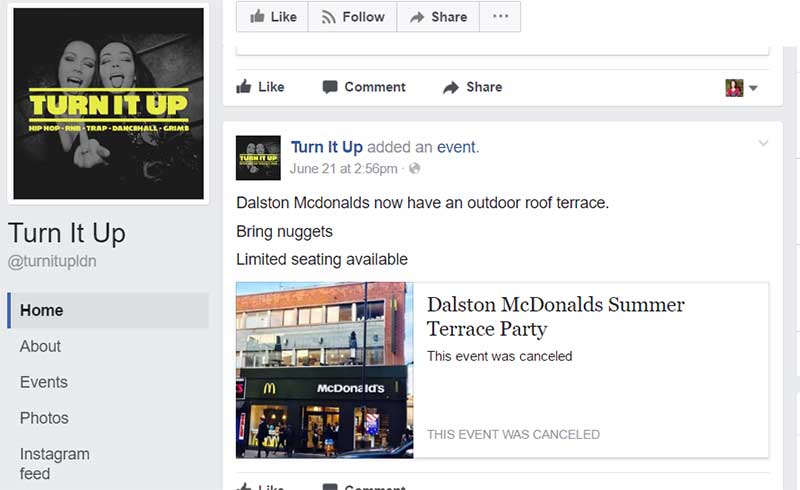 And that's the point at which McDonald's got wind of the thousands of hungry hipsters heading their way and waded in to the fray.

"Ok so Maccers have emailed us and they're pretty pissed off," Turn It Up London told the burger massive. "They're even suggesting to stop serving nuggets on that date which ruins the ENTIRE PLAN. So we gotta pull the plug on this people."

A spokeswoman for McDonald’s said: “We’re usually more than happy to host a party, however they tend to be for our Happy Meal customers and involve face painting and character visits! Our outside terrace in Dalston is a small seating area designed for up to 20 customers to eat and enjoy their food with friends and family.

“We’re sorry to disappoint those who were planning to attend but we don’t have a licence for such an event, and for obvious safety reasons, Turn It Up has kindly agreed to cancel their unofficial party.”

All of which led to some brilliantly creative responses on Facebook.

Expect this tiny terrace in Dalston to be among the hardest alfresco spots to nab a seat at this summer.