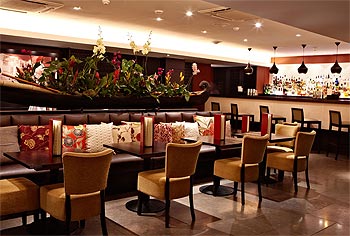 The chef season at Benares has attracted some big-name chefs over the past few months, with the most recent mash-up between Atul Kochhar and Jose Pizarro proving to be a particularly big hit. Now they're gearing up for the next collaboration which will be with former Masterchef winner Dhruv Baker.

As with past Chef season menus, there will be nine dishes to share - created by the two chefs. So Baker's contribution will include seared pigeon breast with a spiced pea puree and tamarind sauce, Mussalam lamb with saffron pomme anna and beetroot chutney and crispy fried aubergine with truffled honey and bhartha purée among others.

The menu kicks off on October 22 and will run till October 27. Three sharing dishes will be £21 per person.