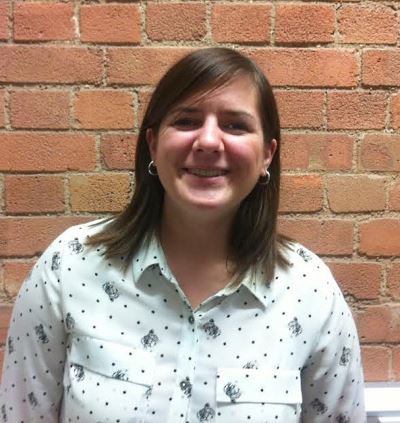 Hard on the heels of winning this year's MasterChef, popular winner Natalie Coleman is out and about at the moment promoting the show's new book. Hot Dinners bumped into her on her rounds to talk about her plans for the future.

As you'd expect, she does have plans to open her own place - but unlike other winners her dreams are still a way off.

"I want to open something like Tom Kerridge [Hand and Flowers] - but with an industrial/warehouse look," she said. "Definitely in East London. I'd like it to be casual dining with with a fine dining twist - a modern approach to food."

She cites both Tom Kerridge and Nuno Mendes as being particularly inspirational, and has done stages since winning the show at the Hand and Flowers, Le Gavroche, Midsummer House, The Kitchin, Viajante and St John among others.

Given how other winners have used the publicity of being on MasterChef to catapult them into a new job, we were intrigued by Natalie's five year plan. "Well I'm still a home cook," she told Hot Dinners. "I can't even chop an onion properly yet."

"I know some people come straight off competitions and open restaurants but they're a bit deluded. I mean I've just done work experience in 12 kitchens, doing 16-17 hours days with chefs who've been in the job for 10 to 15 years. And they're still learning!

"I want to do it properly. I've got a long way to go before I can think about it. I'm starting pretty late. There are chefs out there who started when they were kids at 16 or 17. I'm 30 so I need to catch up! I'm quite a realist."

MasterChef The Finalists book is out now with Bloomsbury and looks like being a good buy for Christmas.