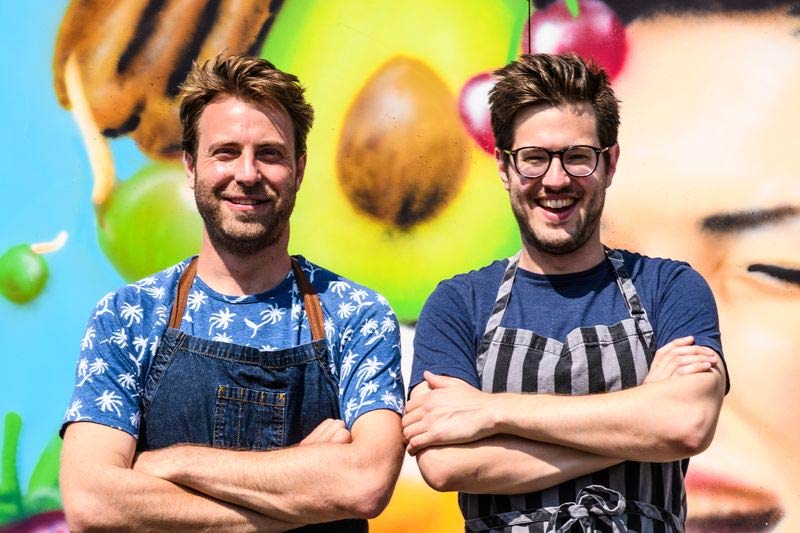 If you just couldn’t get enough of MasterChef last year, then here’s one for you. The self-dubbed “MasterChef losers 2016” Bill & Jack, who were finalists on the cooking reality TV show, are bringing their culinary skills to a one month pop-up in the Southbank Centre - and yes, that means a chance to try the famous coriander cheesecake…

Depending on what time you visit, there’ll be Early Supper, Summer Feast, and everyone’s favourite headache-inducer, Bottomless Brunch - which we’ve been told will include special brunch-specific desserts, like demerara waffles! Finally.

The menu will shift slightly halfway through the pop-up, when a few dishes will swap around, and the legendary cheesecake will be added to the menu.

If you’re heading to the Southbank to take in one of their many shows, or you’ve just got big plans for later on the evening, then you’ll be wanting the small plates and desserts of their Early Supper, which kicks off at 5.30pm. For £25, some of your options will include Devon crab with molasses mayo, a garden pea pesto and crispy lamb ham plate and seasonal salted Cornish sardines.

After that, things get a bit more serious with a £45 which has all the small plates of the Early Supper followed by some more hefty dishes like jerk spiced hangar with hay-smoked butter and whole roasted spiced cauliflower, which will all be intended as sharers, “family-style”, as the lads have put it.

“Beautiful food, booze and a view of the Thames. What could be better? It’s going to be a great month,” said Jack. Sounds hard to argue with. If you’re keen, book in advance - we have a feeling this one might be popular.

When: Wednesdays to Sundays from 30 July-28 August