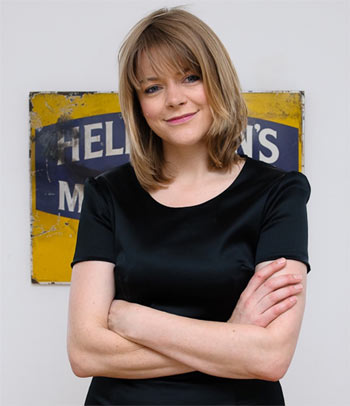 Marianne Lumb has worked as a personal chef for years - cooking for a host of celebrities, politicians and business tycoons. Now she's opening her first restaurant in West London this autumn, she wants to recreate that private dining experience for her customers.

The new place, called simply "Marianne", will have just 14 covers, and five tables, allowing the chef to concentrate on producing perfect plates of seasonal food. She'll have just one assistant in the kitchen, and another working front of house.

Ingredients, she promises, will be meticulously sourced, along with a concise wine list.  Prices have been keenly judged for such a bespoke experience - there will be a daily changing menu from £30 at lunch and from £48 at dinner.

She's still busy testing recipes, but some very summery sample dishes include a souffle of courgette with gruyere and Montgomery cheddar, and white peaches poached in rose and lavender, with nougat ice cream.

Marianne, who reached the finals of Masterchef, the Professionals, back in 2009, told Hot Dinners she had been working on the project since August last year. "The biggest hurdle was finding the right site. I was in no rush, and spent time doing enough research on location, identifying the best food producers and feeling confident with the entire offering."

She's had some crucial support from friends and former clients - as well as a handy business mentor - but who has been her culinary inspiration? "Danny Meyer, the successful New York restaurateur, Yotam Ottolenghi, Eddie Hart and Jon Spiteri from Quo Vadis, and Angela Hartnett as a female chef."

She sums up her food philosophy as seasonal and classic - nothing too overworked, and as locally sourced as possible.

Marianne will open in Chepstow Road in Notting Hill on September 10. Follow them on Twitter for more details. As the restaurant only seats 14, it might be wise to book early.