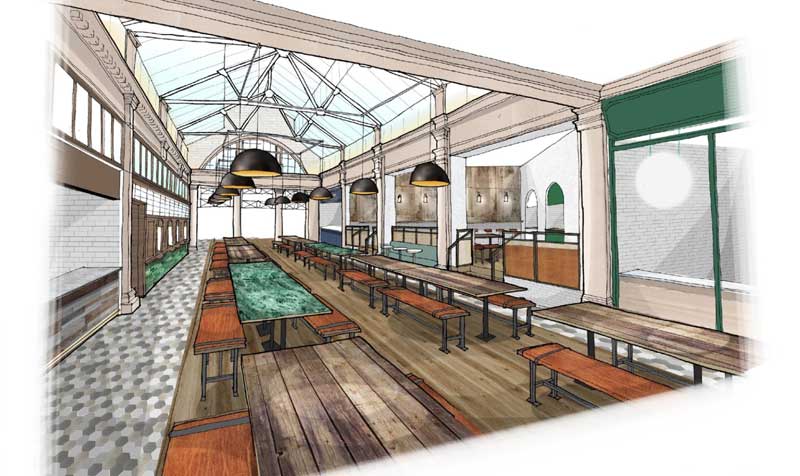 In a nutshell: Next generation food halls for London

We have long been saying that London's behind the curve when it comes to Food Halls. We've loved visiting them in New York and Madrid but only over the past 12 months have we finally started to catch up with the rest of the food world, with places like Bang Bang Oriental, The Kitchens at Spitalfields and the revamped Japan Centre giving a taste of what the future holds.

But today news has broken about a series of food halls opening across the UK - six in total - and in a single stroke they're going to transform the London food scene.

Market Halls is run by former property investor Andy Lewis-Pratt but what you really need to know is that he's brought in Simon Anderson, the restaurateur behind London’s Pitt Cue Co, as Director of Restaurants and Operations. "We want to create permanent dining hubs that work for the community," explains Andy, whose vision includes bringing the site "back to life and make them useful spaces for the community, places that cater for locals, workers, families and visitors alike.”

The various spaces they're transforming will feature multiple restaurants, communal dining spaces, bars and - in some cases - individual food and drink places too. Each one will have its own identity, engaging with neighbourhood restaurants and chefs and bringing in new talent as well as working with established restaurateurs. And if you're thinking this is some sort of glorified street food spot, think again. In a bid to be more environmentally friendly, proper crockery and glassware will be used rather than disposable cups and plates. 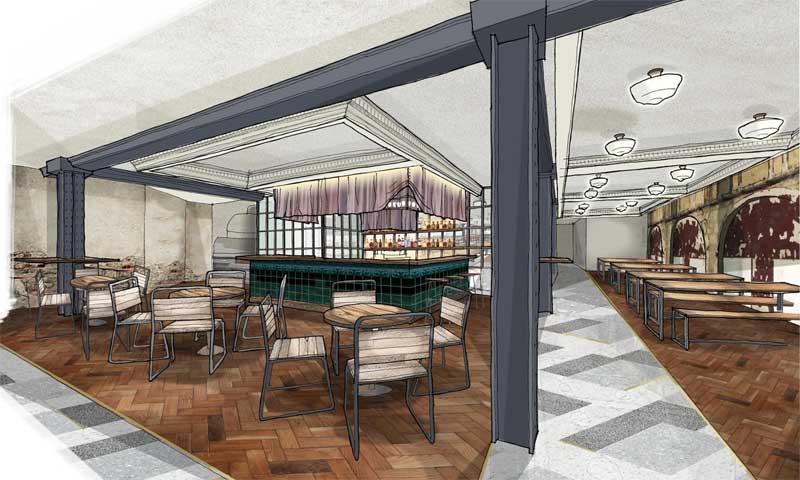 So where are the markets?

The first Market Hall to open this spring will be in the entrance hall of the Edwardian Underground station at Fulham Broadway. That will open with ten kitchens, one bar and seating for 180.

Next up, in summer, will be Victoria’s Terminus Place which will be turning into a three story market hall with fourteen kitchens, three bars and seating for 300.

And then there's the flagship of the group in part of the former BHS building on Oxford Street - that one will open in the Autumn and will feature a mix of local producers, retailers, restaurants, street food vendors, four bars, event spaces and a demo kitchen. Market Hall West End is billed as "the largest food hall in the UK" and they're hoping its opening will coincide with the planned pedestrianisation of Oxford Circus.

Hot Dinners can exclusively reveal that over the course of the year a further three London venues will be announced, and the group are also planning to expand their concept to the rest of the UK.

Where are they? Fulham Broadway Station, Terminus Place Victoria and Oxford Street