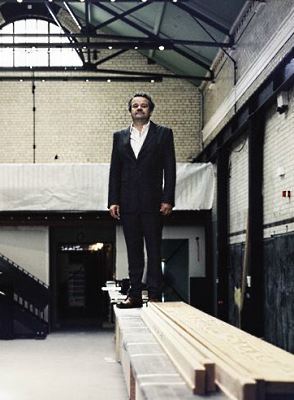 City workers will get an early Christmas bonus as Mark Hix has just announced plans to open Hixter, a huge new chicken and steak restaurant in the City before Christmas.

The chef will open an enormous 5000 square foot restaurant on the former site of Sushinho in Devonshire Square. Run along the same lines as Tramshed in Shoreditch, the untitled restaurant will feature a 100-seat restaurant on the ground floor serving up the same focused menu as Tramshed with a few additions. New items include chicken curry which is a nod to the area’s history as the location of The East India Company’s warehouses in the eighteenth century.

Even more exciting, the new City Hix outpost will also feature a basement Mark's Bar, similar to the downstairs bar at Hix Soho. It'll have a separate bar menu and cocktail list and have a 2.30am license.

It looks as though the Devonshire Square project is the first of several Hix restaurants planned for the City. Hix's Business partner and Finance Director Ratnesh Bagdai confirmes they'll "continue to seek further city locations".

Hixter will open at Devonshire Square London EC2M 4BA on Monday 2 December and is taking advance bookings now on reservations@hixtercity.co.uk. For more information, follow them on Twitter.