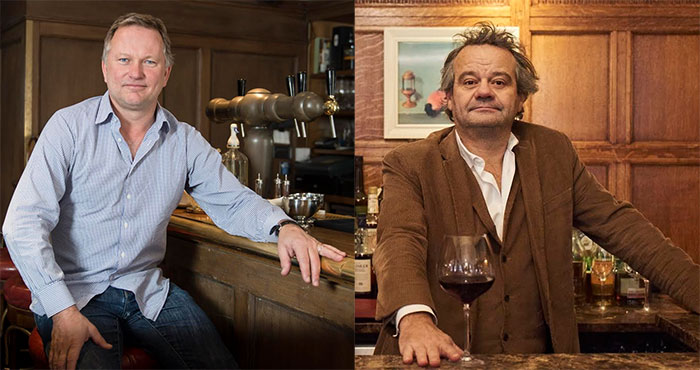 It's nearly time for 2017 - which will be a blessing for many - but before we get to the festivities, there's just the matter of the New Year Honours list. You'll have read about many of the celebs who are getting awarded this year, but we're calling out a couple of names from the London restaurant industry who also got recognised.

First off, there's Mark Hix - the restaurateur known for Hix restaurants in Farringdon, Browns Hotel and Soho, as well as Hixter - was given an MBE this year.  Also getting an MBE, the man behind the ever-growing Soho House empire (which also includes Chicken Shop and Dirty Burger), Nick Jones. He said "I'm surprised and really pleased. Giving people a great time has given me a great life. And the people who work so hard alongside me share in this special honour."

Both got their awards for services to hospitality.

Congrats to both and if you're looking to trawl through the entire list - just head this way.