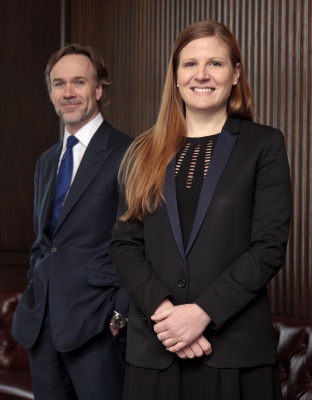 2014 looks to be a busy old year for Marcus Wareing. In one week's time the chef will reopen his two Michelin-starred restaurant at The Berkeley under a new look and name, MARCUS. And with that under his belt, his restaurant company will set to work on their third opening - a casual British restaurant called Tredwell's in Seven Dials.

Hot Dinners sat down exclusively with Chantelle Nicholson, GM at the Gilbert Scott (who's just been made Group Operations Director at Marcus Wareing Restaurants) to hear all about their plans. "We've been looking for a site since last year," she told us, "We wanted something in the West End with all that buzz. I was out for dinner and saw this site."

Tredwells will be a "casual but informed restaurant - food you like when you like," she said. The site is where the late, unlamented Kyashii sushi place used to be, opposite Dishoom. It'll be a 130-seat restaurant on three floors and there'll be a bar in the basement as well as an eat at bar on the ground floor. The interior design will be by Robert Angell who's been busy working on MARCUS too. His brief is West End informal. "We're thinking of that downstairs at Downton feel - where all the action is," says Chantelle.

Food-wise, it's being touted as a mid-price ‘West End Eatery’. As Chantelle explains, that'll mean a mix of things, so British-led but where other European ingredients make sense, they'll be happy to use those. So expect a 'robust' salad, snacks and sharing plates "and of course we'll have a great burger". They're also looking at employing a range of different cooking techniques including use of a josper grill.

A concise cocktail list is currently being worked on by Dav Eames, Bar Manager at The Gilbert Scott, and they're researching some interesting wines - maybe on tap - to run alongside that.

The key thing to note is that while this restaurant is under the Marcus Wareing Restaurants banner, he will definitely not be in the kitchen. As Wareing puts it, the opening of Tredwell's "sees me move further into the role of a restaurateur. Tredwell’s will not be about me and my food as you will not see me in the kitchen as I remain committed to my restaurant MARCUS at The Berkeley Hotel." It'll also be the group's first standalone restaurant that's not in a hotel.

And the name? Fans of Agatha Christie may recall that Tredwell was the butler's name in Christie's book The Seven Dials Mystery.

Update - 10/9/14: since this original interview we now have some dishes from the menu, which include:

They'll also have some specific gluten free elements on the menu - Hispi burrito will use bulgur wheat instead of rice and a cabbage wrap in place of tortilla and there will be a selection of vegan friendly ice creams.

Tredwell's will open in September 2014 at 4 Upper St Martin’s Lane, London WC2H 9NY. Opening hours will be 12pm until late - they have a late license and are hoping to serve food until around midnight. For more information, follow them @tredwells7dials