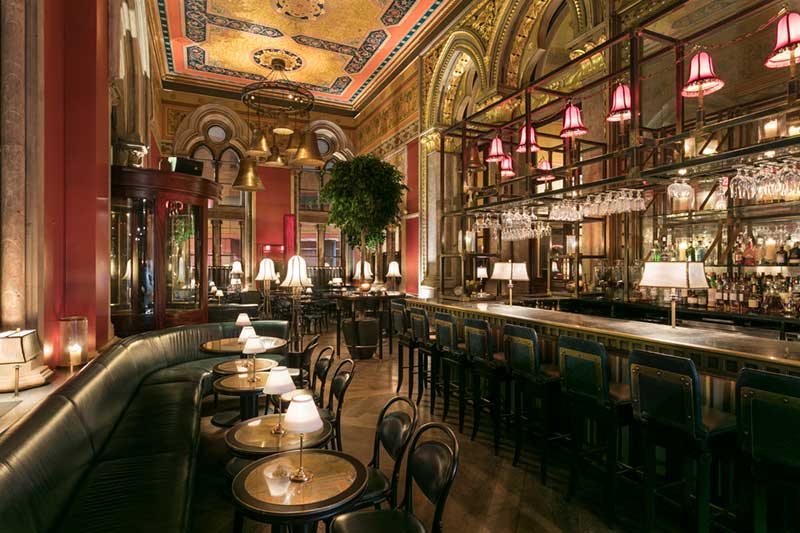 Opening today with a swanky new look courtesy of the David Collins Studio, is the bar at Marcus Wareing's The Gilbert Scott. And it has a new name and menu to match its elegant redesign.

George's Bar - it's named after the building’s original architect, Sir George Gilbert Scott - was already pretty impressive looking, but it really does look gorgeous now. And to match the surroundings, the cocktail menu's had a going over too.

Bar Manager, Dav Eames's drinks are inspired by the dishes he sees being created in the kitchen beneath him. Every month he'll be launching new seasonal cocktails starting this month with Bee Keeper which uses lavender-infused Bombay Sapphire gin, Melfort Farm honey (from Marcus's own farm), sloe gin, lemon, hibiscus and elderflower. During April and May those cocktails will be linked to the launch of the restaurant’s 100 year menu, mirroring an original menu from the space dated 29th May 1918.

In addition to cocktails you'll also find cuvées from Champagne’s oldest wine house, Gosset, along with a craft beer selection, and a number of homemade tonic infusions.

As you'd expect, a lot of thought has been given to the bar food here. So the new menu features snacks like sourdough bread with chorizo jam (£6), smoked potato and gruyere croquettes with a mustard emulsion £5) and triple cooked chips with a smoked hollandaise mousse (£5). 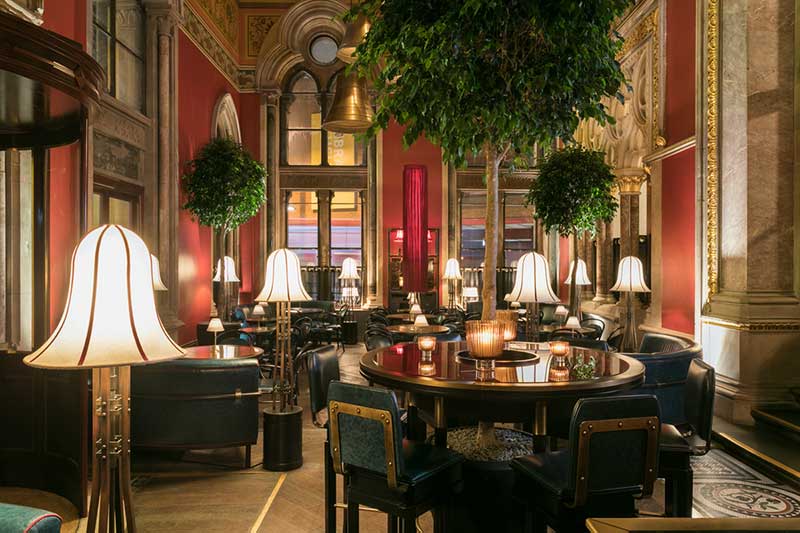