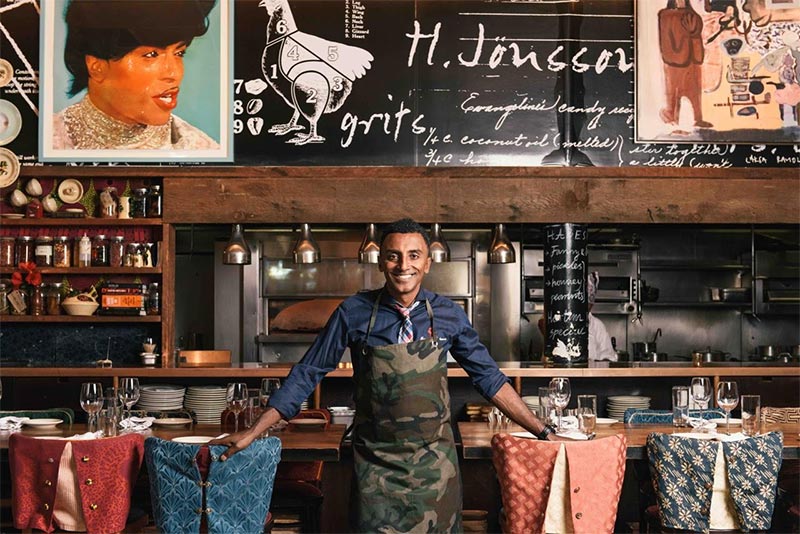 NYC chef Marcus Samuelsson has cooked for everyone from Barrack Obama to John Legend and Mindy Kaling. And now he's bringing his Harlem restaurant Red Rooster to London. Here's what you need to know about it...

There'll be fried chicken. The legendary yardbird fried chicken and Helga's meatballs will be making it across the pond. That chicken, should you be interested, will be marinated in buttermilk and coconut milk, coated in all manner of spices including the Ethiopian spice berbere and then fried before being served on white mace gravy.

Also on that menu is:

Plus there are some dishes that you'll only see in Shoreditch:

But that's not all - he's also opening the Rooster Taqueria. it's right next to the main restaurant. There, you can expect margaritas aplenty as well as tacos including Addis Taco, Taco Pastor, Lamb Taco and Bacon Cracker Jacks.

The restaurant is part of the Curtain hotel, run by Michael Achenbaum who also owns the Gansevoort in NYC. He told The Standard it would have a pooltop area like his Meatpacking District hotel plus a private members club. It'll also have retractable ceiling over the rooftop bar and café