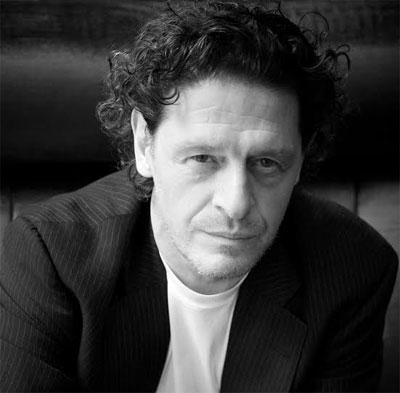 Early last year, Marco Pierre White sold the St James site of Wheeler's (which is soon being taken over by Chutney Mary) and he's recently revived the brand with a Wheeler's in Camberley. Now it's back in London - but although retaining the St James name, he's opening in the City on Threadneedle Street.

This time he's joining up with the Marriott Autograph hotel, bringing them a Wheeler's Rib Room and Oyster Bar. They're aiming for mid-range (apparently aiming for average spend of £25-£30 per person) and it'll have a menu from Marco Pierre White and head chef Stephen Smith. On the menu will be Wheeler’s fish pie, Grilled Dover Sole a la Salamander and Quails Eggs Maintenon. There will also be a separate champagne and oyster bar.

Quoted in the press release, Pierre-White says "As custodians of the name, the tradition and history will remain at the restaurant’s heart, but we've tweaked and evolved the menu to create an offer that is more in tune with what today’s customers want with lots of meat choices - it’s not just for fish lovers."