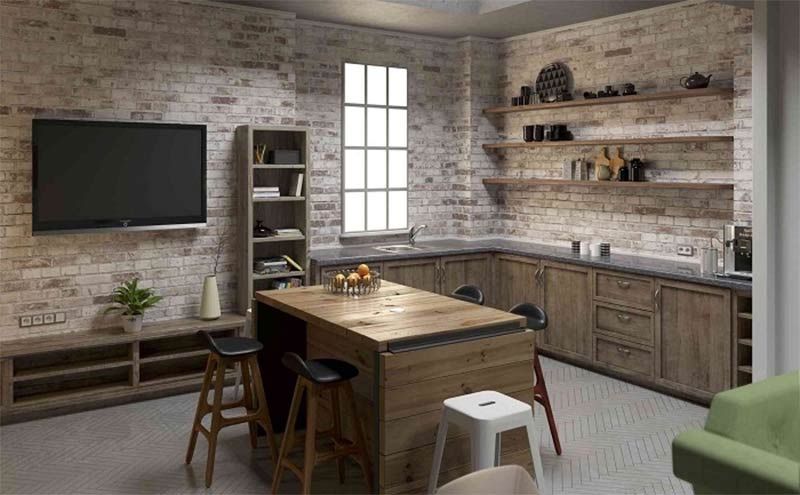 In a nutshell: Fine, pricey cuts of meat from celeb chef Marco-Pierre White

Summing it all up: Whitechapel is set to get a trendy new hotel by the name of the New Road Hotel, that’s going to have a flash new restaurant built in which will have chef/entrepreneur/TV star Marco-Pierre White looking after the food.

The hotel’s called New Road Hotel, and it’ll be springing up in the spot where an old textile factory once stood complete with all the exposed brick work, light-flooded lobbies and ‘stripped-back’ luxury your East London-loving heart could desire.

What about the restaurant though? Well, in true MPW-form, it’ll be called named Mr White’s English Chophouse, where he’ll be “serving up only the best cuts of meat cooked to perfection to hungry Londoners.” Or will he? A recent review of The Chophouse’s Birmingham counterpart said that the chef not only hadn’t been in kitchen, but at the time of the review, hadn’t even shown his face at the establishment (despite it featuring wall-to-wall arty b&w photos of Marco himself).

Based on its sister restaurant’s menu at least, some of the food you can likely expect include roast saddle of lamb, the chophouse burger and baby back BBQ, at least according to the menu of his other Chophouse up Birmingham way.

In the interests of balance, the Beeb’s stalwart glossy Olive Magazine did recently review the Birmingham Chophouse (paraphrasing) “great meat, with a hefty bill” - which doesn’t sound too bad. So it may be worth a visit if you’re in the area and after something fancy (although Tayyabs IS just around the corner). And perhaps even the chef himself might be in the kitchen. But don't hold your breath on that part.

The hotel itself does sound rather swanky with the now common focus of making it work as a communal working area too. And the loft rooms with hot tubs don't sound bad at all.