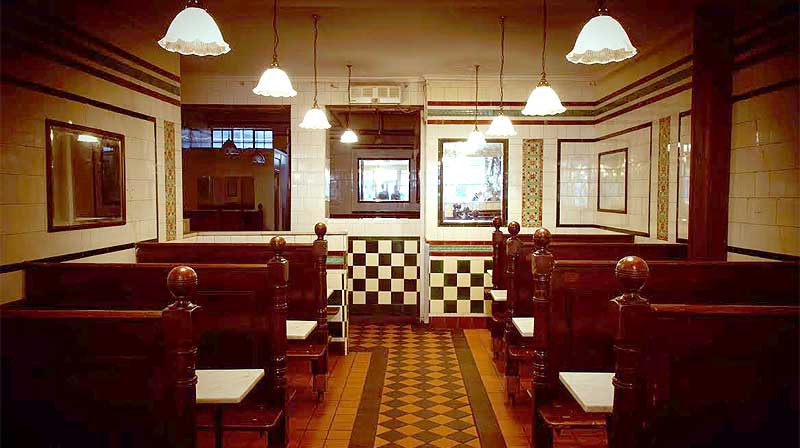 As Islington locals ourselves it brings us no joy at all to bring you the news today that one of London's oldest pie and mash shops is closing its doors. Manze pie and eel shop on Chapel Market, which has been open for 106 years, is expected to serve its final plate of pie, mash and liquor at Christmas.

Speaking to the Islington Gazette the current owner Tim Nicholls blamed local business rates for the decision to close. Although on the upside he's apparently opening another shop in Braintree this weekend, so there's still a market for trad food - just out in Essex.

The shop's history dates all the way back to the eighteenth century. It originally used to be a fried fish shop back in the day. It's been a pie and eel shop since 1898 but Luigi Manze took the place over in 1902 and it was then in the Manze family until the death of xx in 1985. At one point Manze had two pie and eel shops on the market - a second restaurant was on the site now occupied by the big Sainsbury's.

When does it close? December 2017 tbc