Lutyens Grill at The Ned is opening to the public 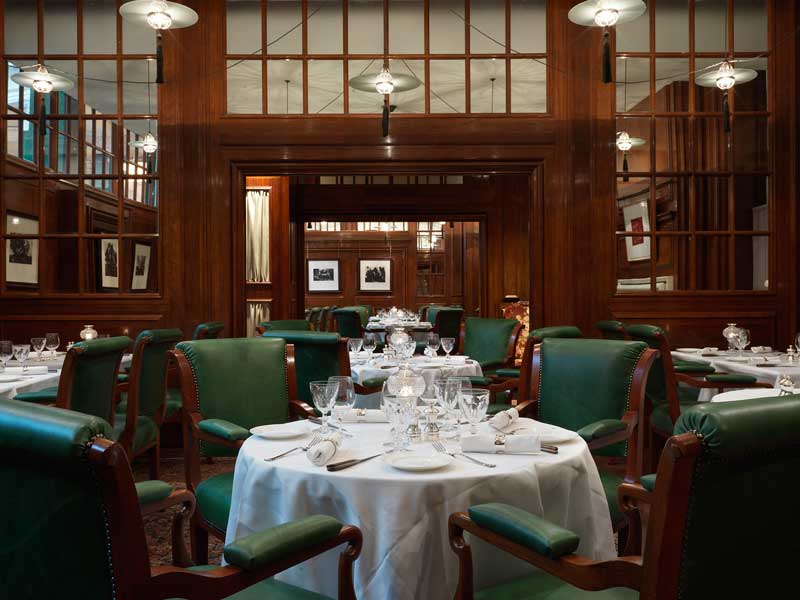 From next weekend, Lutyens Grill at The Ned will be throwing open its doors to the public. For the past year, this old-school steak restaurant has been the only spot on The Ned's ground floor which was open just to club members and hotel guests. But no more.

The space itself was the Bank Manager's office back when The Ned was the Midland Bank headquarters. As you might expect it's all gorgeous wood panelling with a lovely parquet floor and the lighting was inspired by an original Edwyn Lutyens design.

Head chef Jason Loy, previously at Cafe Monico and Dean Street Townhouse is in charge of the menu. So there's roast meats and Beef Wellington carved at your table from a trolley, whopping Hereford T-Bones and Tomahawks cooked on the grill and a selection of grilled fish dishes including Dover sole and native lobster. Just the ticket for City folk.

What: Lutyens Grill at The Ned