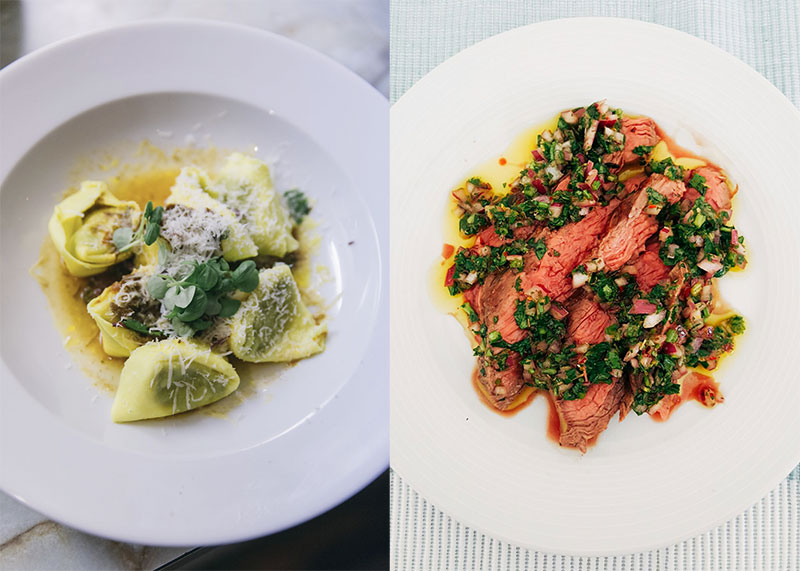 Summing it all up: Keen to break the traditional British restaurant mould, Lupin will aim to serve up all the usual hearty British ingredients but with a global twist - think sumac on your lamb, roast pigeon with chipotle or spiced beef short rib.

There’s a new British restaurant with a difference in town by the name of Lupins, which will be moving into south London’s newest foodie destination, Flat Iron Square.

It’s run Lucy Pedder and Natasha Cooke are who originally met in the kitchen of Chelsea joint Medlar, and are the duo behind the Cross Keys which opened in 2015. After that, and wary of bringing yet another traditional British restaurant to London, Lupin will see British ingredients infused with global flavours.

Meanwhile, for afters, things go a touch more traditional, with Neal’s Yard cheeses getting a mention, along with classic English puds like rhubarb with ginger and shortbread.

On the drinks front, there’ll be a monthly changing cocktail, and a heavy focus on natural wines with a list that aims to be at least three quarters of the organic, bio-dynamic variety. It’ll feature bottles from one of the newest faces on the English wine scene, Smashing Wines.

This isn’t the duo’s first business venture, and follows the establishment of their successful pop-up catering company The Cooking Collective.

You’ll be able to find Lupin - so called as it’s a typical British flower, while its seeds are snacks in the Med and Latin America - down in Flat Iron Square, nestled under the railway arches.

How to book a table: We'll tell you here when bookings open.