Lucky Chip and Bleecker team up for the World Peace Burger 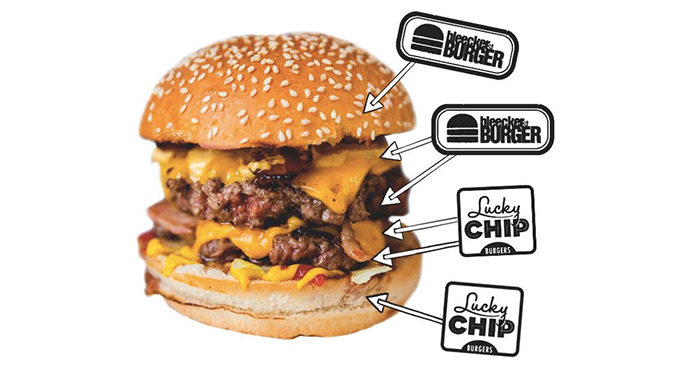 Two of our favourite burger puyveyors are joining up to build the ultimate burger in honour of World Peace Day.

Inspired by McDonalds and Burger King's inability to make friends and join forces for a special burger - Bleecker St Burger and Lucky Chip are joining forces at Lucky Chip's Islington residency at the Old Queen's Head in Islington for the World Peace Burger. Ben Denner of Lucky Chip and Zan Kaufman at Bleecker are putting together a burger that's two beef patties, smoked bacon, American cheese, ketchup and mustard. It's all split up between them - as shown above.

It sounds unmissable and wil be available at the Old Queen's Head in Angel from 30 September where there will be a launch party and will be on until 7 October.

The Old Queen's Head is at 44 Essex Rd, London N1 8LN. Find out more from Lucky Chip And Bleecker on Twitter @Lucky_Chip and @bleeckerburger