Luca is the Clove Club's new restaurant in Clerkenwell 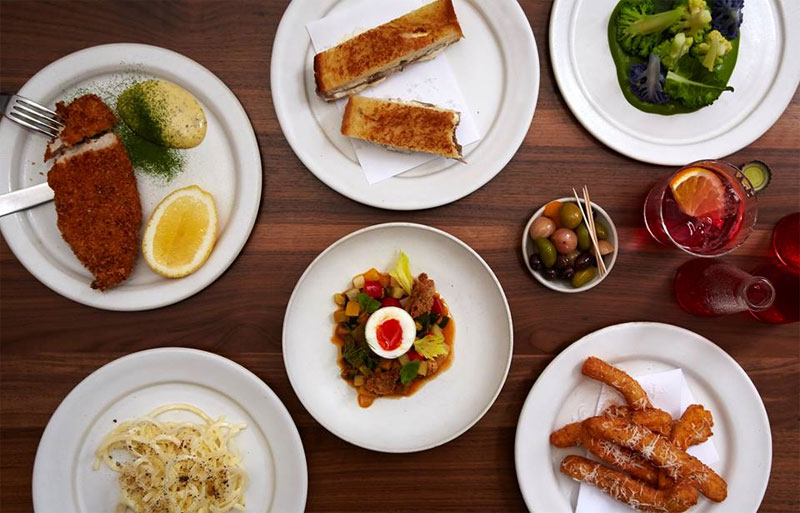 We've been noting with interest that the Clove Club have been tweeting about recruiting staff for a new restaurant and now we have all the details - and it's called Luca in Clerkenwell.

Isaac McHale, Daniel Willis and Johnny Smith are all working on the new place, with Johnny moving to Luca full-time. There will be an Italian twist as the menu will be primarily Italian, but using British produce. As Isaac describes it: "The term ‘Britalian’ is a good short-hand for what we are doing. We won’t be using this phrase anywhere in the restaurant itself, but it sums up the approach: we will be using seasonal British ingredients in contemporary cooking inspired by Italy."

As for what's on the menu - here's what they'll e starting with:

Cooking all that up will be Head Chef Robert Chambers, previously at The Square, Locanda Locatelli and the Ledbury (where he met Isaac).

As with the original Clove Club, the bar will be its own thing. The menu there will be different, with finger foods, sharing plates and stirred cocktails being the order of the day. Expect espresso and pastries in the morning, salads, sandwiches and cured meats at lunchtime and sharing plates in the evening. As for those cocktails, they'll feature vermouths, amaros and home-made Limoncello and Nocino. And expect an Italian-heavy wine list. Here's some of that list:

The main restaurant will seat 60 and be centered around a semi-open kitchen with a separate room that's a pasta making space by day, private dining room by night. And there's another private dining room called The Garden Space that will have an open roof in the summer. The design

Luca opens 28 November 2016 at 88 St John Street, London EC1M 4EH. Bookings open at 10am on 1 November on their website. For more, follow them on Twitter @LucaRestaurant.