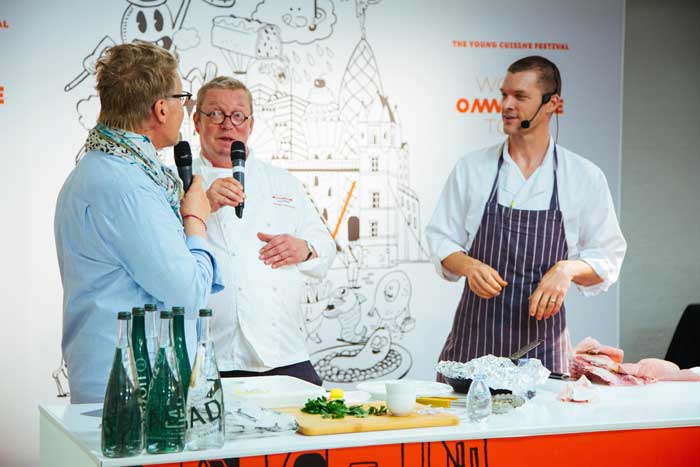 London restaurant buffs –gird your loins for a HUGE weekend of eating, the London edition of Omnivore’s culinary world tour is coming to town. The culinary festival returns to London this October bringing an impressive lineup of exceptional young British and international chefs and bartenders chefs to East London for one weekend only.

From 21st to 23rd October, the Old Truman Brewery will be transformed into the ‘Omnivore Family House’ - the heart of the action featuring a hectic schedule of free talks and demonstrations, a street food market and one Omnivorious party.

Chefs taking ‘residence’ at the house over the course of the weekend include Nuno Mendes, James Knappett, Tom Aikens, Lee Westcott, Gregory Marchand, Elizabeth Allen and Amandine Chaignot. These chefs will collaborate over a series of ticketed dinners held in the pop-up space at the brewery – all priced at £90pp including matching drinks.

Omnivore has also programmed a number of collaborative dinners held at restaurants across London. Moscow based Timur Abuzyarov (from wine & gastrobar Wine Religion) will visit Brawn to cook with head chef Ed Wilson whilst Merlin Johnson, head chef from Michelin-starred Portland and Clipstone heads to Covent Garden to join Gregory Marchand for an exclusive one-off meal at Frenchie.

The festival will be headlined by an ‘Omnivorious Party’ held on the Saturday night. The party will bring 18 of London’s leading luminaries of food will cook at once. There’ll be live music and DJs who will provide the backdrop to dishes from restaurants such as Som Saa, Padella, Portland, Black Axe Mangal, P Franco, Sager + Wilde and many more. Each will create an exclusive ‘bouchée’, accompanied by a stellar array of wines, beers and spirits. Tickets for the party are will be priced at £35pp and include nine small plates and drinks.