London's first vegan Crosstown doughnut store is about to open 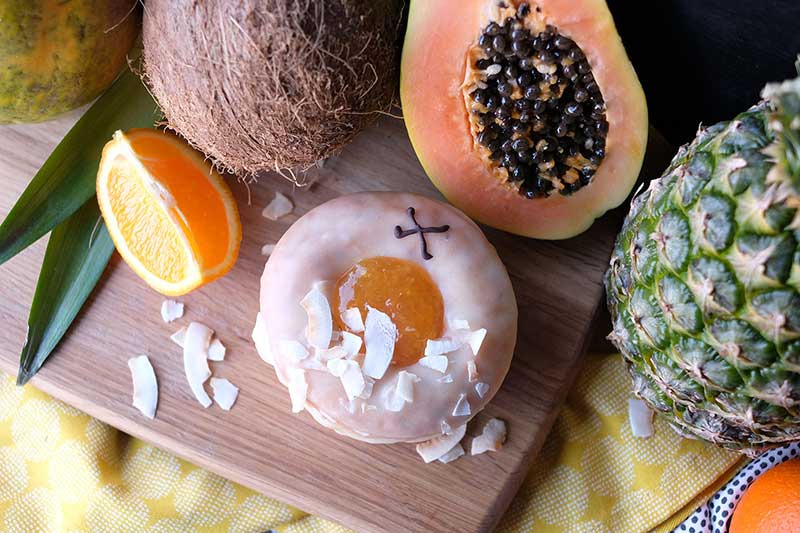 In a nutshell: Vegan doughnuts

Summing it all up: London's vegans are getting their own Crosstown coffee and doughnut bar opening in the heart of the West End.

Since introducing a vegan doughnut range last year, it was only a matter of time before Crosstown decided to experiment with an all-vegan doughnut & coffee bar. And lo, it has come to pass. The first Vegan Crosstown will open in the heart of town right opposite Selfridges in under a month.

As for the doughnuts themselves, they say they've spent months adapting the recipe to suit vegans without affecting the taste. To that end, they've replaced eggs and dairy with a range of plant-based alternative ingredients, so there are chia seeds and coconut butter in the dough, and a varying combination of oat milk, coconut butter, dairy-free dark chocolate and silken tofu used in the the fillings and glazes.

In the run-up to the store's opening, Crosstown will be launching two new vegan doughnuts over two weekends. From 9-11 March it'll be a vegan tropical compote, with a pineapple glaze and coconut chips and from 16-18 they'll serve up vegan forest fruit compote, with a vanilla glaze and vanilla crumble.