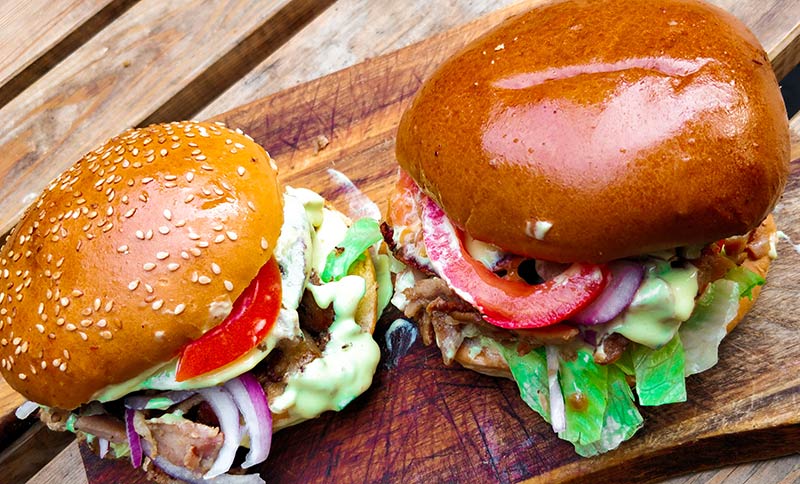 In a nutshell: Greek gyros, salads and more

Summing it all up: The Athenian heads west for its latest base in the shiny new White City development, which will be treated to several brand new menu items including a very interesting burger…

Gyros (aka the Greek version of a kebab) is getting the burger treatment with The Athenian's latest opening in White City.

That’s shavings of marinated pork or chicken with condiments and veg to the uninitiated, but instead of being served in a wrap, The Athenian will be putting it on brioche and serving it with sweet potato or oregano fries. Less or more messy - we're not sure.

The Gyros Burger will be one of several new dishes for White City, alongside new courgette fritters, tomato croquettes and cheese croquettes.

Meanwhile, you’ll still be able to get your hands on all the usual Greek goodness that fans of its Elephant & Castle/Shoreditch venues are familiar with, like grilled souvlakis with meat and halloumi options, mezze dips including tzatziki and melitzanosalata, salads, and of course, regular un-burgerfied gyros.

The Athenian is one of the four new restaurants the White City development is getting, alongside the Butterscotch Bakery and Pizza Street.