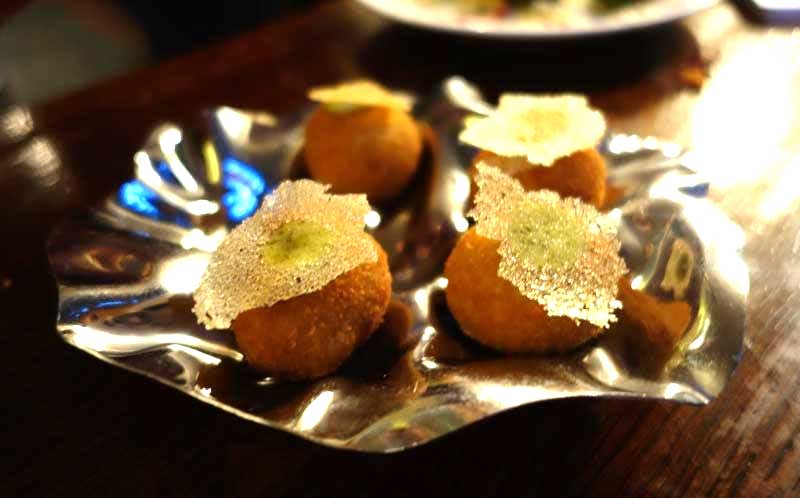 Is there such a thing as too many croquetas? We put that concept to the test last Autumn when we, alongside a panel of foodie folk, judged the first Croquetas Challenge. Turns out that as long as you pace yourself (and eat NOTHING all day in preparation) it's possible to try - and enjoy - 14 croquetas in quick succession.

Last year's competition was won by Aqua Nueva (we had the croquetas again the other weekend and can attest that they're still very good) while Encant (pictured) picked up the gong for the Most Original. Altogether the event was such a success that it's returning for a second year. It'll be held once more at Ember Yard (and yes, we're judging again) and they're now looking for entries from restaurants and chefs. Shortlisted candidates will then be required to cook their croquetas for an event at the restaurant in September.

If you reckon your croquetas are the business, email croquetaschallenge@emberyard.co.uk for a copy of the entry form which needs to be completed by 3 July 2017.