London restaurant boom as new openings rise by a quarter 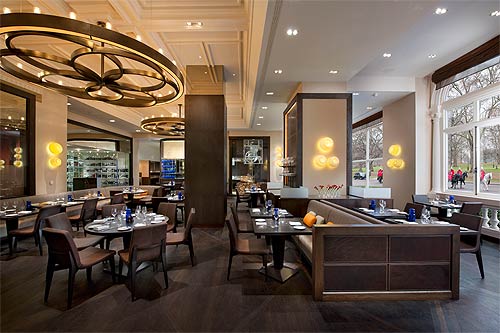 If you've been following Hot Dinners since we started (and if you haven't, why not?!) it'll be pretty self-evident that the London restaurant world is going through one hell of a growth spurt.

For example, we've got details on over 50 restaurants of note opening in the next 12 months on our Coming Soon page: 17 of those are due to open their doors in September alone. And you can find details on 160 new restaurants which opened in London since last August on our Newly Opened page.

So it's fair to say that we weren't exactly surprised to hear that one of the key findings of the new Harden’s London Restaurants 2013 survey was that openings over the past year were 25% higher than that of the year before. The survey, which is based on some 75,000 reports from over 7,500 regularly restaurant-going 'reporters' polled people on their best (and worst) meals of the year, among other categories.

Coming out on top was Dinner by Heston at the Mandarin Oriental in London's Knightsbridge (although it equally popped up on the Most Disappointing Cooking list). Harden's Top 10 Gastronomic Experience List runs as follows;

As to the restaurants that most exercise Hot Dinners' readers love and affection - places like Polpo, 10 Greek Street, Hawksmoor, Pitt Cue and MEATLiquor there's no reference at all, in any of the categories we've seen - from best meal to Favourite Restaurant to Most Mentioned.