Written by Felicity Spector
Created: 07 May 2015 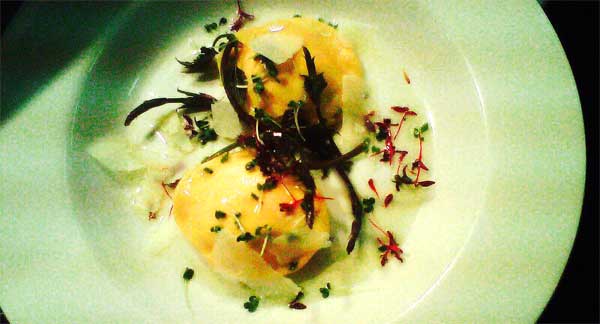 It's the world's most expensive vegetable - but if you've never tried hop shoots before, then Friday May 8 could be your chance.

The London Hop Shoot festival is getting together a host of the city's top restaurants and challenging them to create dishes using hop shoots. From the high end Fera at Claridges, Gauthier, the Manor and Alyn Williams at the Westbury, to gastropubs like the Drapers Arms, the Florence in Herne Hill and the Bull in Highgate - the one day festival is designed to show off this rare vegetable, which will be supplied to them free by the London Brewers' Alliance.

What's so special about hop shoots?

With a flavour reminiscent of asparagus, but slightly more earthy - the delicate shoots have a very short growing season, and picking them is extremely labour intensive. That's why they come at a price - almost 1,000 euros a kilo. The chefs are also being challenged to show how their dishes can be matched with different beers: as the Duck and Waffle's Dan Doherty told us: "We're all about using seasonal ingredients and this is a pretty rare one, so it's going to be exciting for diners to try and I think it's a great initiative by the London Brewers' Alliance to get everyone thinking about beer and the provenance of its raw ingredients in a different way."

With almost 80 breweries in Greater London alone, the LBA says this should get everyone thinking about food and beer pairings in a new way - using a unique ingredient which brings both together. Food and beer expert Melissa Cole suggests steaming hop shoots and tossing them in seasoned butter, like samphire - or even pickling them. "There is a world of potential beer matches for any hop shoot dish, whether it's a light, lemony golden ale for the more simple preparations to intricate saisons and beyond, for the more complex dishes."

The London Hop Festival takes place on 8 May 2015. Find out more at Twitter: @londonhop or their Facebook page.