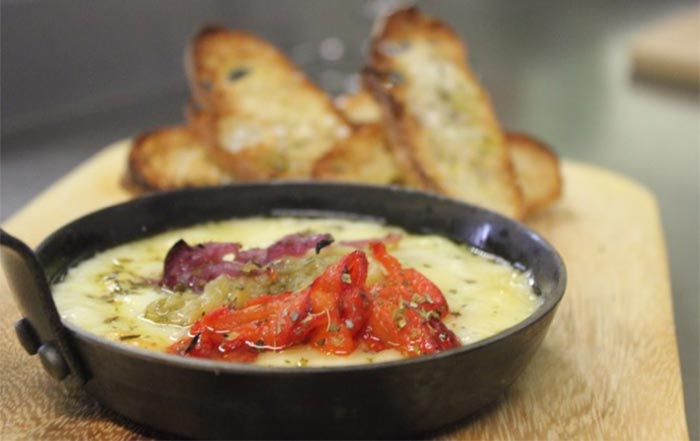 An upcoming addition to the Borough Market area is new "meat and tapas bar" Lobos, set up by former Brindisa chef Roberto Castro, who's kicking off the project with some more Brindisa alumni too.

There's a big focus on meat - specifically Iberico pork. So expect to see Secreto Iberico, a "hidden" cut between the shoulder and the loin that's been appearing on a few menus of late plus Presa Iberico (top shoulder) and Solomillo Iberico (the fillet).

Plus tapas too including a very promising bun. That's the Lobos Bun (chorizo patty, candied bacon, fried onion, peppers and fried egg on top) as well as Arroz con costra (Rice-with-a-crust – their version of a famous Alicante dish) and Martini Olives (martini and herbs stuffed green olives). They're planning to work closely with the Borough Market traders to ensure produce is local.

And lots of Spanish drink too. Expect Spanish wines, sherry and cavas as well as a short cocktail list.

It's being designed by the same people who did Wright Brothers, Design MAD. It'll seat 50 on two floors and they say it'll be "a cavernous space with dark wood and metallic finishes evocative of a wolves’ cave."