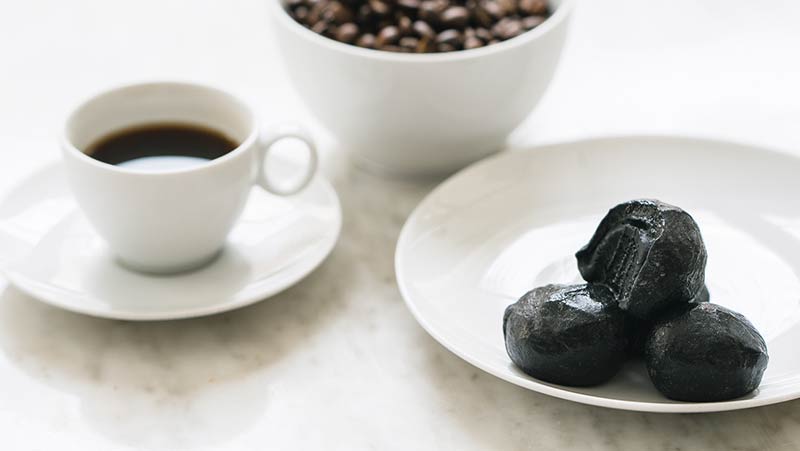 Is that cup of expresso just not doing it for you? Need a more instant hit of caffeine? Then this shot of express in ice cream form may fit the bill.

It's from a new pop-up in the Selfridges Food Hall, Little Moons, who will be selling their mochi ice cream. The Black Espresso Shot also mixes that shot with raw activated charcoal made from coconut shells - so it's ticking all the boxes for the trends of the moment.

And you can also get three of the mochi balls skewered on a stick. So just think of that - a three espresso ball lolly. THAT'LL keep you awake for the afternoon meeting.