Line-up for the 2016 Auction Against Hunger revealed 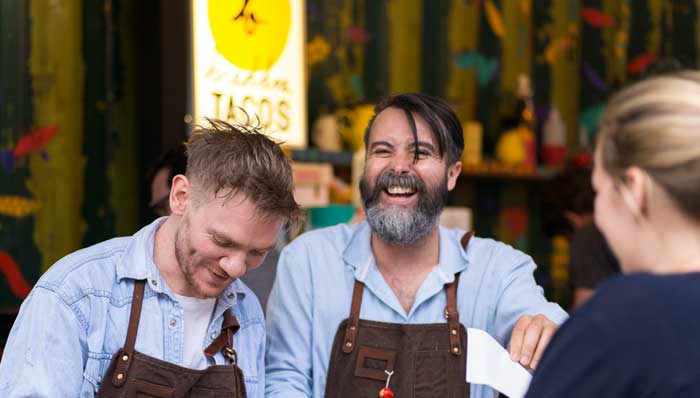 It's one of our favourite food events of the year and it raises the most enormous amount of money for charity - yes Auction Against Hunger is back and this time it's bigger than ever.

The event is now in it fourth year and will be taking place over at Canada Water's Hawker House. For one night only an impressive roster of chefs will be joining forces to raise money for Action Against Hunger - and judging by each of the previous event we've attended (here's how last year's went down), you are definitely going to want to be there.

For the 2016 night there'll be 11 chefs and 6 traders heading east, with names announced so far:

As for the auction itself, in addition to a silent one (and an online one, hosted by yours truly) there'll be a live auction hosted by Christie’s which will include lots like having dinner cooked at your house by The River Café, a £1,000 Rum Bash at Dinerama and an 8-course tasting menu for ten people at Hakkasan.

Tickets go on sale on 17 March 2016 at 11am and are £60, including entry to the event, six dishes from the menu and drinks from Kamm & Sons, Sipsmith Gin and Wondering Wine Company, amongst others. All proceeds from ticket sales go directly to the charity. This year's event takes place at Hawker House, Canada Water, London SE16 2XU. To register for tickets in advance visit the auction's website.