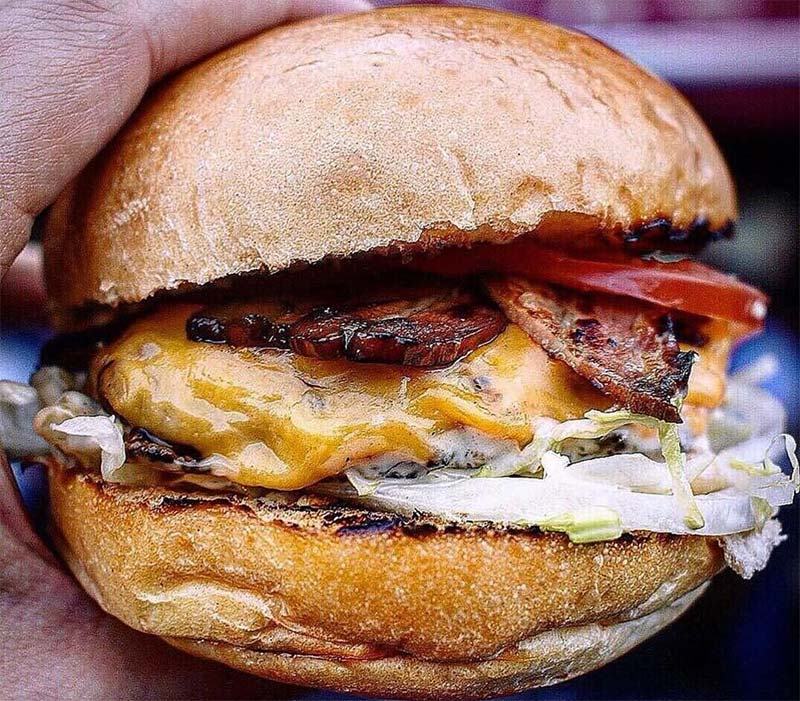 Looking for a new burger spot in Holloway/Highbury Corner? They LeyLeys may be exactly what you need. They've already appeared as a Marylebone pub residency, and now they've have found a new home in Holloway for six months.

It's been set up by William Leighton, who told us:

"LeyLey's was an idea born out of time I had spent living on the west coast of the US, I fell in love with the simplistic and fresh tastes that were so prevalent throughout especially within a couple of burger joints in a few different cities. Upon returning to London I set about combing these west coast vibes with my homegrown London tastes."

Following last summer's pop-up at The Gunmakers Pub, the new place in Holloway has let them expand the menu "while still keeping strongly to our values of doing a select few things exceptionally rather than a load of stuff well." And that menu does sound enticing, including:

And on top of that, something that sounds mad but also very tempting - doughnuts with chicken skin sugar (or just with sugar if you're being unadventurous).

It's BYOB at the moment while the licence is being finalised, but once that's ready expect a focus on good whisky, beer and wine to go on the menu soon.

When: Open now until July/August 2018