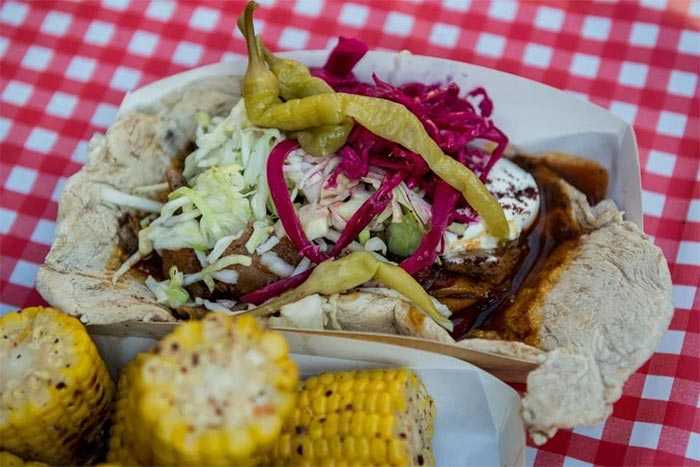 Chef Lee Tiernan is bringing a ‘Metal and Mangal’ restaurant to Islington. Lee's Black Axe Mangal project first started in Copenhagen as a series of popups where it quickly reached cult status amongst both locals and travelling chefs. Prior to his move Lee spent over 10 years working at St John, finishing up as head chef at Bread & Wine in Spitalfields working alongside James Lowe and John Ogier of Lyles.

Relocating to London, Lee has found a small site in Islington just minutes away from Highbury & Islington station and seconds from cult neighbourhood restaurants Trullo, Prawn on the Lawn and the recently re-launched Canonbury Tavern (and round the corner from one of Hot Dinners' editors. Who is very happy about this). The restaurant will seat 22 diners and will be open for lunch and dinner as well as offering takeaway.

The idea is borne out of Lee's appetite for bread, kebab and Mangal cooking. His take on the kebab is 'an unauthentic, bastardised take of Turkish Mangal and Ocakbasi, with global influences.' As you'd expect from his previous experience, no beast will be excluded from the menu and there will be a specific focus on offal and usingof all parts of the animal.

The menu at BAM will feature a small mix of Mangal-style and vegetarian dishes, sides, and a selection of speciality breads and sourdough flatbread, baked in the house wood fired oven. There will also be a variety of toppings to choose from for sourdough flatbread, which is baked to order for both eat-in and takeaway. Fish and larger format dishes will be offered at weekends.

The drinks list will include beers, wine and bespoke cocktails from Ryan "Mr Lyan" Chetiyawardana, who was recently crowned International Bartender of the Year at this year’s Tales of the Cocktail Spirited Awards.

Read more from Louis Fernando at Tuck and Vine.