Ledbury and Murano among London restaurants involved in Taste Portugal 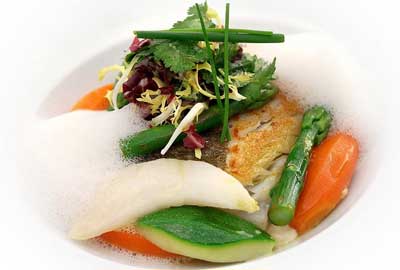 Seems like you're going to be hearing a lot about Portugal if the folk behind Taste Portugal have their way. They've put together a programme of events in London celebrating Portuguese food and drink with some rather impressive names attached.

28° - 50° is having a wine-tasting in November with sommeliers Arnaud Vallet (Vila Joya) and their own Caroline Brangé and an event featuring chef Henrique Sa Pessoa from Alma – Henrique Sá Pessoa restaurant in Lisbon and Benjamin Mellor will run a finger-food/Portuguese tapas and wine dégustation.

Murano will combine a wine tasting event and Dégustation dinner on 7 December with Angela Hartnett, Northcote Manor's Nigel Haworth and Benoir Sinthon from the Michelin-starred Il Gallo d’Oro in Madeira.

To find out more including how to book a place at any of these events go to tasteportugal-london.com