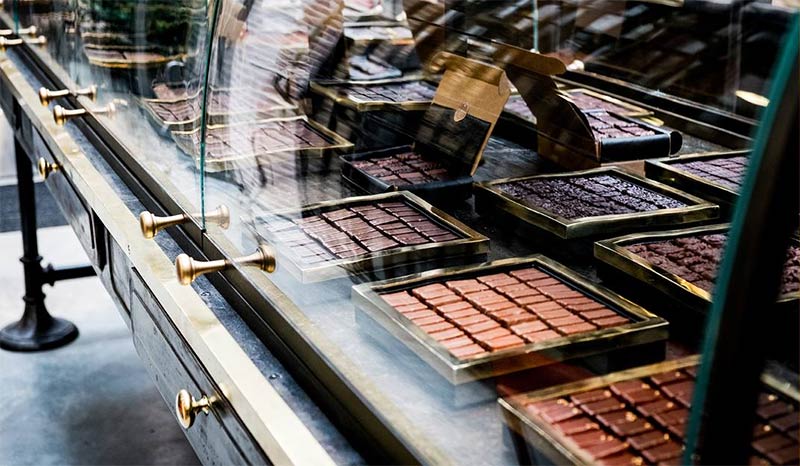 You might mainly know Alain Ducasse for his three-Michelin-starred restaurant in London (and many more in Paris) but the man also has his own Chocolate enterprise. Until now, the chocs have only been available in Paris or from the Bulgari hotel in Knightsbridge  - as well as the Eurostar departure lounge at Gare du Nord - and now it's coming to London.

It's not straying too far from the London side of the rail connection, as they're setting up shop in the new Coal Drops Yard (where Barrafina will also be). The chocolates will continue to be made in Paris - but sold in the new London venue.

Here's what they say about the enterprise:

Alain Ducasse and Nicolas Berger select cocoa beans from around the world based on their purity as much as on their personality. Alain Ducasse acts as artistic director, defining flavours, while Nicolas Berger adjusts, adapts, and then works some more, each day, with expertise and ingenuity. Together, both men taste and fine-tune to create chocolates that best express their origins and character, rediscovering the precise and laborious process required for making chocolate.

As for the chocolates, expect his chocolate bars, made with many different single-origin beans and varying cocoa content (including up to 100%) as well as all manner of chocolate pralines and ganaches. Those include flavours like "Coconut and passion fruit", "Earl Grey Tea and Lemon" and lots, lots more. In all, you can expect some high-class chocs here - but don't expect those to come cheap...